MacRumors previously reported about Apple's plan to switch to randomized serial numbers for future products starting in early 2021, and this transition has now started with the new purple iPhone 12 model in multiple countries. 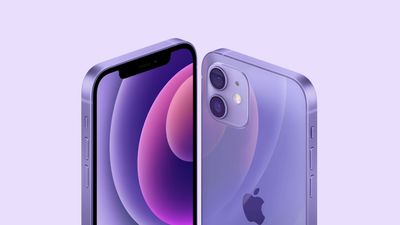 The change likely extends to the purple iPhone 12 mini, but we've yet to confirm this. On the contrary, the randomized serial number format does not appear to apply to the AirTag at this time, with multiple MacRumors editors and others we've spoken to still seeing 12-character serial numbers for the item tracking accessory.

It remains to be seen if the new iMac, iPad Pro, and Apple TV have randomized serial numbers when they launch in the second half of May.

In a memo obtained by MacRumors in March, Apple said products already shipping at that time would continue to use the company's previous serial number format, which has for years allowed customers and service providers to determine the date and location that a product was manufactured. The first three characters represent the manufacturing location, the following two characters indicate the year and week of manufacture, and the last four characters reveal a device's model, color, and storage capacity.

The new serial number format will consist of a randomized alphanumeric string of 8-14 characters (10 characters initially) that will no longer include manufacturing or configuration details, according to Apple's memo. Apple advised authorized resellers to prepare for the transition to the new format ahead of its "Spring Loaded" event last month.

Xenomorph
So it's not a serial number, then.

Serial means in series. Randomizing a number by definition means it cannot be in series, so it's not a serial number.
Score: 45 Votes (Like | Disagree)

Eorlas
is there a particular reason for this transition? as in, if apple didnt want people to discern that info off a s/n, what is the need to obscure it?
Score: 21 Votes (Like | Disagree)

The new serial numbers aren't truly random. They're generated using a complex pseudo-random deterministic function, for which the input is a series.

In general, computers don't produce true randomness, they try to approximate it, so this is true in many cases outside of Apple.

Edit: I saw someone refer to it as "still a serial number, but encrypted". This is kind of what they're doing indeed. True randomness on the other hand would not be decryptable. I am not sure if the current format is actually encrypted though (implying the function is bijective), or if it just outputs a hash.
Score: 11 Votes (Like | Disagree)

That is completely true....I love logic.
Score: 11 Votes (Like | Disagree)

I'm guessing it technically IS a serial number, just "encrypted."

That would actually be a clever way to keep the serial number meaningful to Apple but useless to everyone else.
Score: 8 Votes (Like | Disagree)
Read All Comments

Wednesday January 19, 2022 6:44 am PST by Joe Rossignol
Apple suppliers will begin producing display panels for the third-generation iPhone SE this month, with final assembly of the device likely to start in March, according to information shared by display industry consultant Ross Young. Based on this production timeframe, Young believes the third-generation iPhone SE is likely to launch in the second half of April, or perhaps in early May at...
Read Full Article • 57 comments