The highly-anticipated Epic Games vs. Apple trial kicked off today in a federal court in Oakland, California, with lawyers for both companies delivering opening remarks before District Judge Yvonne Gonzalez Rogers. 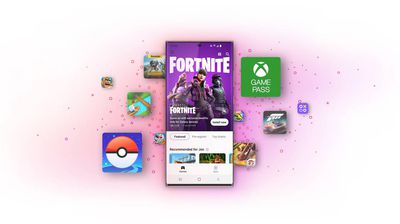 Lawyers for Epic Games attempted to paint the App Store as anti-competitive and monopolistic, noting that developers are forced to use Apple's in-app purchase system, and thus pay Apple a 30% commission on sales. (The rate drops to 15% for subscriptions after the first year and for qualifying developers who sign up for Apple's new Small Business Program and earn less than $1 million per calendar year in net revenue.)

Epic Games described the App Store as a "walled garden" and presented emails from current and former Apple executives like Steve Jobs, Phil Schiller, Craig Federighi, Eddy Cue, and Scott Forstall in an attempt to prove this claim.

Epic Games wants Apple to be forced to allow third-party app stores on iOS and to let developers offer direct payment systems, but Apple argued that a single, highly-curated App Store is necessary to protect the security, privacy, reliability, and quality that customers have come to expect from the company.

"Epic wants us to be Android, but we don't want to be," said Apple lawyer Karen Dunn, referring to the ability to sideload apps outside of the Google Play store on Android devices. "Our consumers don't want that either," she added.

Epic Games is the creator of popular battle royale game Fortnite, which Apple removed from the App Store in August 2020, shortly after Epic Games slyly introduced a direct payment option in the app, in defiance of the App Store rules. Epic Games then filed an orchestrated lawsuit against Apple, accusing the company of anti-competitive behavior.

At the time, Apple said Epic Games "took the unfortunate step of violating the App Store guidelines that are applied equally to every developer and designed to keep the store safe for our users," adding that it would "make every effort to work with Epic to resolve these violations so they can return Fortnite to the App Store." Epic Games has refused to cooperate, however, and Fortnite remains unavailable on the App Store.

Epic Games CEO Tim Sweeney testified at the trial today, saying that by introducing the direct payment option, he wanted consumers to see that Apple exercises "total control" over iOS and software available on the platform.

The trial is expected to continue for a total of three weeks, with Apple's CEO Tim Cook and other executives expected to testify.

TheDailyApple
Maybe someone should start a class action lawsuit against Epic for trying to change the ecosystem Apple users paid for.
Score: 146 Votes (Like | Disagree)

bradders_uk
"Epic Games CEO Tim Sweeney testified at the trial today, saying he wanted consumers to see that Apple exercises "total control" over iOS and software available on the platform."

That is actually not a bad idea. The reason I went with iOS since the start and keep it as such was and is the App Store and it's security. I haven't heard of single malware for iOS vs hundreds for Android.
Score: 72 Votes (Like | Disagree)

I could get behind this. I picked iOS precisely because it wasn’t Android. If I wanted Android that’s what I would have bought.
Score: 70 Votes (Like | Disagree)

gigapocket1
So... As an Apple User.. We already knew who they were.. Which is why we buy in lol
Score: 56 Votes (Like | Disagree)

Right? I don’t recall an instance where a product manufacturer told Walmart how to run its store. People go to Walmart from their own will, and that’s the same thing with Apple. You want to distribute your product on a platform that you haven’t created yourself? Then pay the cut.
Score: 42 Votes (Like | Disagree)
Read All Comments

Friday September 10, 2021 8:43 am PDT by Joe Rossignol
A decision was reached today in the high-profile Epic Games v. Apple trial, with U.S. District Judge Yvonne Gonzalez Rogers ruling that Apple's anti-steering conduct is anti-competitive, and ruling in favor of Apple on all other counts. In a 185-page ruling, Judge Rogers said "the Court cannot ultimately conclude that Apple is a monopolist under either federal or state antitrust laws," but...
Read Full Article • 1000 comments

Tuesday July 5, 2022 6:57 am PDT by Joe Rossignol
The upcoming launch of Apple's redesigned MacBook Air with the M2 chip has some Windows laptop manufacturers "worried" that sales of Intel-based laptops will be negatively affected, according to industry sources cited by DigiTimes. "A Wintel brand vendor pointed out that at a price point of US$1,000-$1,500, the MacBook Air will crowd out other high-end notebooks," the report claims, with...
Read Full Article • 341 comments

Tuesday July 5, 2022 5:53 am PDT by Hartley Charlton
European Union lawmakers have approved landmark legislation to heavily regulate Apple, Google, Meta, and other big tech firms. The Digital Markets Act (DMA) and Digital Services Act (DSA) were proposed by the European Commission in December 2020. Now, collected in a "Digital Services Package," the legislation has been formally adopted by the European Parliament and seeks to address...
Read Full Article • 523 comments