Schematics stolen from Apple supplier Quanta Computer outline Apple's plans for the next-generation MacBook Pro models that are expected in 2021, and clearly confirm plans for additional ports and a return to MagSafe. 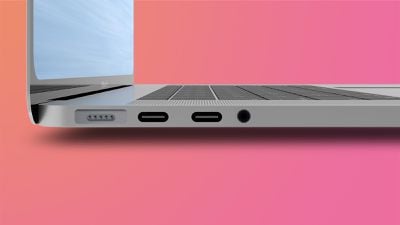 Rumors from Apple analyst Ming-Chi Kuo and Bloomberg have previously said that all of these ports will be coming to the 2021 MacBook Pro models, but the schematics both confirm the addition of the new ports and give us insight into their positioning.

The codename for the Mac is "J316," which suggests that the logic board that we've seen is for the 16-inch MacBook Pro. There's also a "J314" model that likely correlates to the 14-inch MacBook Pro that Apple is also rumored to be working on. Both machines are expected to feature the new ports, ‌MagSafe‌ charging option, and upgraded Apple silicon chips.

This information, which was also shared by 9to5Mac, comes from a ransomware group called REvil, which claims to have accessed the internal computers of Apple supplier Quanta Computer.

Along with the logic board layout, the documentation includes deeply technical listings of MacBook components and layouts that may ultimately provide additional information on these machines as it's parsed. Leaked images of the new MacBook Pro floating around on Twitter also confirm that the device will not feature a Touch Bar, which is in line with rumors that we've heard. The casing design may also feature more rounded corners.

REvil has threatened to release additional documents stolen from Quanta Computer if Apple does not pay a ransom fee by May 1. REvil plans to release new files every day until Apple pays the fee, and Apple has not commented on the situation.

Quanta Computer said that it has indeed been subject to "cyber attacks on a small number of Quanta servers" but that there's "no material impact on the company's business operation.