Maxon is bringing its GPU-accelerated renderer Redshift to macOS, with support for Apple's line of M1 Macs and Apple's Metal Graphics API for speedy performance on Apple's machines. 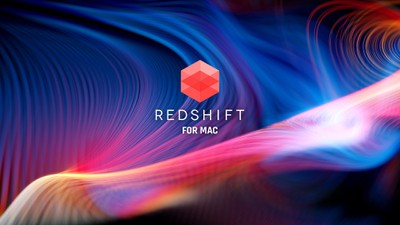 Lunar Animation director James Rodgers says his company is seeing "crazy results" rendering with Redshift on a Mac Pro with Metal support. "A typical frame from the very effects heavy game cinematic we created for Mythic Legends, an action-packed strategy mobile game by Outfit7, previously took 26 minutes to render per frame," he said. "Now it's rendering in only 58 seconds!"

Redshift provides a wide range of features that include ray switches, flexible shading networks, motion blur, AOVs, deep output, and more. It is a biased renderer that allows artists to adjust each individual technique for the best performance and quality blend for production purposes.

Redshift is optimized for high-end performance on both Intel and ‌M1‌ Macs. Maxon says that Redshift for Intel-based Macs will be available this week, while Redshift for ‌M1‌ Macs will launch with the release of macOS Big Sur 11.3.

I find that rendering claim really suspect and misleading. What is he comparing it to? Redshift is a GPU renderer and the 3090 card is the most powerful GPU and the change from the 20 series to the 3090 didn't see that sort of improvement. Octane on macOS has been pretty sluggish and, although Redshift is faster, it's not THAT much faster.

Yeah, seems like there is some important information missing there. What hardware were they using for the previous 26 minutes per frame render? Were they even using Redshift at all for the 26 minute version, or a different renderer altogether with CPU instead of GPU rendering? Something is very fishy with that...
Score: 5 Votes (Like | Disagree)

I find that rendering claim really suspect and misleading. What is he comparing it to?

Before they got Redshift on the Mac, they were rendering their frames by hand. They shipped the data files to rural China and a 100 women and children would render them on abacuses (keeping them carbon neutral) and send back the data. These people are super fast and can render a frame in 3 minutes, the rest of the time was sending the frames back and forth over the net. :-)
Score: 4 Votes (Like | Disagree)

ChrisMoBro
I find that rendering claim really suspect and misleading. What is he comparing it to? Redshift is a GPU renderer and the 3090 card is the most powerful GPU and the change from the 20 series to the 3090 didn't see that sort of improvement. Octane on macOS has been pretty sluggish and, although Redshift is faster, it's not THAT much faster.
Score: 4 Votes (Like | Disagree)

It's not apple's "amazing" hardware at work, it's code optimization. People here think the M1's have some legit graphics chips, lmao, it's about as good as the old as heck GTX 1050, which is pathetic in 2021.
Score: 3 Votes (Like | Disagree)

Mike_Trivisonno
It's crazy to think that this is just the beginning of the Apple Silicon program. Soon, renderings will be pre-rendered and completed before you even know you want them. Apple Silicon will just know.
Score: 3 Votes (Like | Disagree)

It's not apple's "amazing" hardware at work, it's code optimization. People here think the M1's have some legit graphics chips, lmao, it's about as good as the old as heck GTX 1050, which is pathetic in 2021.

Yeah, but M only seen on the lowest end macs to date.
I am giving Apple a chance with their more pro machines, but I still dont believe they will deliver anything like a 3080/90 level. Then I will happily bag them :).

In reality though I expect an above average gpu only, and nothing special in the forthcoming pro machines, with maybe the MacPro having some super expensive card thats good. The computers will most likely be great for FCP but not in 3D rendering like Octane and redshift. Alway love being proved wrong though.
Score: 3 Votes (Like | Disagree)
Read All Comments

Friday May 7, 2021 1:51 am PDT by Tim Hardwick
An early look at an ongoing analysis of Apple's App Tracking Transparency suggests that the vast majority of iPhone users are leaving app tracking disabled since the feature went live on April 26 with the release of iOS 14.5. According to the latest data from analytics firm Flurry, just 4% of iPhone users in the U.S. have actively chosen to opt into app tracking after updating their device...
Read Full Article • 215 comments