Developers need to look out for "XcodeSpy," a malicious Xcode project that installs a custom variant of the "EggShell" backdoor on a macOS computer, according to new research shared today by SentinelOne (via Ars Technica). 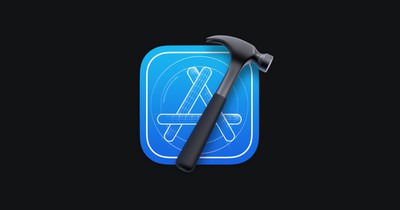 Xcode is software designed for developers who want to write apps for the iOS and macOS platforms, and the malicious project that's circulating mirrors TabBarInteraction, a legitimate open source project.

Developers who download the XcodeSpy project think they're getting TabBarInteraction, but the malware includes a hidden "run Script" executable that downloads and installs the EggShell open source back door that's able to spy on users through the microphone, camera, and keyboard as well as upload and download files.

Two variants of the custom EggShell attack were found to be uploaded in Japan, first in August and then in October, so this is an attack that's been out in the wild for some time.

We have thus far been unable to discover other samples of trojanized Xcode projects and cannot gauge the extent of this activity. However, the timeline from known samples and other indicators mentioned below suggest that other XcodeSpy projects may exist. By sharing details of this campaign, we hope to raise awareness of this attack vector and highlight the fact that developers are high-value targets for attackers.

SentinelOne says that all Apple Developers that use Xcode should exercise caution when using shared Xcode projects.

jonnysods
Get ready for lots of Justin Long Intel videos about this next week.
Score: 9 Votes (Like | Disagree)

Laughing on my Linux developer laptop.

Why is it being called a Trojan when it has to be actively installed?

Cause that's what trojans are.
Score: 5 Votes (Like | Disagree)

Comes under the heading, be very careful about what you download.

Xcode does warn you when opening an xcodeproj downloaded from the Internet, but given how frequently you legitimately have to open and build random projects, I wish there were better sandboxing. The "run script" phase runs arbitrary code, ofc necessary when building many things but also an attack vector.

Edit: And even if you're not manually opening/building projects, you're probably using Cocoapods, which is. Of course other dev platforms have similar risks.
Score: 4 Votes (Like | Disagree)

Why is it being called a Trojan when it has to be actively installed?

A Trojan horse or Trojan is a type of malware that is often disguised as legitimate software. Trojans can be employed by cyber-thieves and hackers trying to gain access to users' systems. Users are typically tricked by some form of social engineering into loading and executing Trojans on their systems. Once activated, Trojans can enable cyber-criminals to spy on you, steal your sensitive data, and gain backdoor access to your system. These actions can include:

So it could infect the project that the developer is working on?

Thursday May 13, 2021 10:32 pm PDT by Sami Fathi
A new rumor suggests that Apple will announce the third-generation AirPods and the recently rumored HiFi, or high-fidelity Apple Music tier, on Tuesday, May 18, via a press release on its website. The new rumor comes from Apple YouTuber Luke Miani who shared the alleged exclusive news with the AppleTrack website. According to the YouTuber, Apple plans to release the next-generation AirPods...
Read Full Article • 197 comments

Friday May 14, 2021 11:52 am PDT by Juli Clover
Following the discontinuation of the iMac Pro, Apple also appears to be discontinuing Space Gray "Magic" accessories that it sold separately alongside the iMac Pro. The iMac Pro was the only Space Gray Mac, and Apple designed special matching accessories for it. The Space Gray Magic Mouse 2, Magic Keyboard, and Magic Trackpad all now say "While supplies last" in small wording at the bottom...
Read Full Article • 361 comments

Sunday May 16, 2021 2:39 pm PDT by Eric Slivka
The Browse tab in the Music app across Apple's platforms has started displaying a prominent teaser hinting at an upcoming major announcement for Apple Music. Under the heading "Coming soon," the headline says "Get ready – music is about to change forever." An accompanying "Tune-In Video" simply shows an animated Apple Music logo. Rumors have indicated that Apple is preparing to launch a...
Read Full Article • 139 comments

Saturday May 15, 2021 6:00 am PDT by MacRumors Staff
Anticipation is building for the new iMac and iPad Pro models, which have started shipping out ahead of a launch around May 21. Benchmarks for the new machines are starting to come in, and the M1 chips inside of them are registering at around the same figures seen with other M1-based Macs, making for significant upgrades over previous-generation models. This week also saw some rumors about...
Read Full Article • 34 comments