Instagram today announced several new tools and changes coming to the platform with the aim of "protecting young people." Amongst the changes will be the inability for adults to DM teenagers (users under 18 years old) who don't follow them. 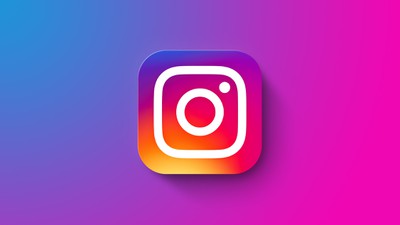 Instagram says it has partnered with The Child Mind Institute and the non-profit group ConnectSafely to publish a new Parents Guide in the U.S. The new resource advises parents and teenagers on proper and safe usage of the platform. It will additionally roll out in partnership with experts in Argentina, Brazil, India, Indonesia, Japan, Mexico, and Singapore, joining existing guides for the UK, France, Italy, Germany and Spain and with plans to expand further in the future.

Instagram's terms and conditions require all users to be at least 13 years old to make an account, although some young users "can lie about their date of birth," circumventing the requirement. To battle it, Instagram does ask some new users for a form of age verification, and now, Instagram will use artificial intelligence to help "keep teens safer and apply new age-appropriate features."

One of the most prominent new "age-appropriate features" will be limited interaction between adults and teenagers who aren't following each other. As Instagram explains, if an adult tries to DM a teenager who doesn't follow them, they'll be shown a prompt saying, "You can't message this account unless they follow you." Additionally, Instagram will add new "Saftey Notices" for teenagers when messaging an adult they follow.

Safety notices in DMs will notify young people when an adult who has been exhibiting potentially suspicious behavior is interacting with them in DMs. For example, if an adult is sending a large amount of friend or message requests to people under 18, we'll use it to alert the recipients within their DMs and give them an option to end the conversation, or block, report, or restrict the adult.

Other changes coming to Instagram will include the platform attempting to make it harder for adults to find teenagers to follow if they've been "exhibiting potentially suspicious behavior to interact with teens." Instagram also says it will encourage teenagers to make their accounts private, only allowing people they approve to see their photos and videos.

Really makes you wonder why this wasn’t a “feature” from the start. Ick.

imagine there is a feature that:

i adult stranger messages your kids
ii automatically the message is sent to the parents too
iii including the IP address of this MF
iv and an option to send John Wick to the house of this MF ??
Score: 10 Votes (Like | Disagree)

ArPe
The only way to clean up that that crap is separate it from FB and give it new bosses who give a damn about the users. They allowed the worst things to happen on it. Not by accident. You can report real Nazis and real crimes on there and you get a message from the auto mod telling you to go F yourself.
Score: 9 Votes (Like | Disagree)

Amongst the changes will be the inability for adults to DM teenagers (users under 18 years old) who don't follow them.

Really makes you wonder why this wasn’t a “feature” from the start. Ick.
Score: 9 Votes (Like | Disagree)

ComRadMac
So up to now, Instagram thought it was totally fine for random adults to directly message any child on the platform. Yup, can't see any problem with that. Good thinking, Instagram.
Score: 4 Votes (Like | Disagree)

jz0309
they should protect users from Facebook ... never mind, its their owner :confused:
Score: 3 Votes (Like | Disagree)
Read All Comments

Friday December 18, 2020 12:54 pm PST by Juli Clover
Instagram is today rolling out support for the new ProRAW photos that are able to be captured with the iPhone 12 and the iPhone 12 Pro Max. Instagram developer Tim Johnsen shared the news on Twitter, where he also said that ProRAW photos in the DNG format are not able to be edited on Instagram. Further details aren't available, but it seems that Instagram is converting the ProRAW file into...
Read Full Article • 24 comments

Monday May 17, 2021 1:29 am PDT by Tim Hardwick
For as long as it's been around, Instagram has been a smartphone-oriented social network that doesn't extend to tablet devices and even lacks many basic features in its web browser incarnation, including the ability to post. However, that could be set to change, if a recently unearthed internal feature test ever goes public. Developer and leaker Alessandro Paluzzi has discovered Instagram...
Read Full Article • 21 comments

Thursday February 18, 2021 6:09 am PST by Sami Fathi
Instagram has confirmed that a bug is preventing proper Instagram URL previews from appearing in iMessage conversations. In a statement to Mashable, Instagram says the behavior is not normal, and that it's "working to resolve Instagram link previews in iMessage so that they load normally." The lack of link previews was first brought up on Reddit around two months ago, so it seems the issue ...
Read Full Article • 11 comments

Friday May 28, 2021 11:35 am PDT by Juli Clover
Apple was interested in purchasing rap-battle music platform Verzuz prior to when it was acquired by video network Triller, reports Bloomberg. Apple offered Verzuz an acquisition price that was lower than the price that Triller paid. Apple decided not to enter into a bidding war for Verzuz. Verzuz started out as an Instagram Live series created by Swizz Beatz and Timbaland during the...
Read Full Article • 61 comments

Friday April 16, 2021 4:37 am PDT by Tim Hardwick
Facebook is facing calls from an international coalition of children's health advocates to abandon its plans to build a version of Instagram for kids, reports The Guardian. The campaign follows news that broke in March which revealed that Facebook is developing a version of Instagram that's specifically aimed at children under 13. Instagram's current policy prohibits kids under 13 from using ...
Read Full Article • 60 comments