Spotify today announced plans to introduce a new "HiFi" premium tier later this year, which will provide higher-quality lossless audio. According to Spotify, the feature will offer CD-quality music that will let fans experience more depth and clarity in their favorite tracks. 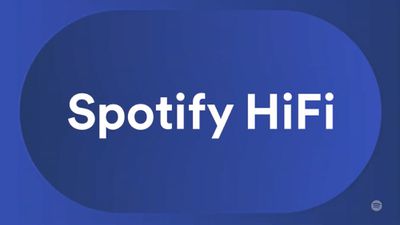 Spotify is ‌Apple Music‌'s main competitor, so with Spotify planning a HiFi music option, Apple could be planning to also offer higher quality streaming in an effort to remain competitive. A lossless audio tier would also pair well with Apple's high-end AirPods Max headphones that were released in late 2020.

There's no pricing information available at this time, but Amazon Music's lossless tier is priced at $14.99 per month ($12.99 for Prime subscribers), while Tidal charges $19.99 per month and Deezer charges $14.99 for its high fidelity plan. Spotify plans to launch HiFi in select markets later in the year, and it will be a premium tier add-on.

HiFi was introduced at Spotify's Stream On event, which can be watched in full on YouTube.


At the event, Spotify also said that it plans to expand to more than 80 new markets in Asia, Africa, Europe, and Latin America, which allows the service to reach over 1 billion potential new customers. A full list of countries where Spotify will soon be available can be found on Spotify's website.

Apple Music not innovating in this space

yeah get that sweet HIFI straight to your bluetooth 320kbps codec. It's a gimmick.
Score: 17 Votes (Like | Disagree)

nycSAN
Not sure why Apple hasn’t done this. They have ALAC already. Make it Apple Music+, include in higher end One bundles. It’s kind of obvious.
Score: 14 Votes (Like | Disagree)

I honestly believe this would just be paying more money for no audible difference.

Maybe your dog will appreciate it.

TheYayAreaLiving ?
This is a great addition!!! So stoked.
Score: 14 Votes (Like | Disagree)

As far as I know Spotify currently streams 320kbps mp3. Ain't that CD-quality ?

Macaday
Hopefully this will now push Apple to do it. It’s not for everyone but would be very welcomed by me.
Score: 13 Votes (Like | Disagree)
Read All Comments