Disney+ is set to expand its streaming service offering next week with a rollout of its more adult-aimed Star brand to existing subscribers in Europe, Australia, New Zealand, and Canada. 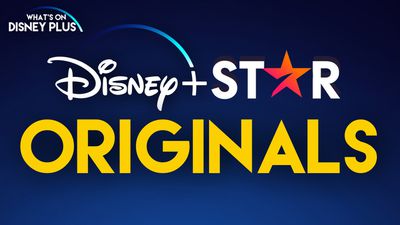 According to CNET, the Star brand will include content from Disney Television Studios, FX, 20th Century Studios, and 20th Television that's more adult-friendly, as opposed to the all-ages content that's currently available on Disney+.

As well as a long list of familiar movies and shows, Star will feature some original content that's currently only available on Hulu and ABC in the U.S., including "Victor," teen drama "Love," detective show "Big Sky," animated series "Solar Opposites", and Marvel show "Helstrom."

Movies including "Can You Ever Forgive Me," Danny Boyle's "The Beach," "Gone in 60 Seconds," and "Taken" will appear on the Star service in March, and every season of The Golden Girls is coming to Disney+ this summer. Disney is also set to bring more Marvel movies to subscribers in Europe within a year.

February 23 is the date that the app will be added to Disney+ for existing subscribers in the above regions. The European countries set to get the Star content include the U.K., Ireland, France, Germany, Italy, Spain, Austria, Switzerland, Portugal, Belgium, Luxembourg, The Netherlands, Norway, Sweden, Denmark, Finland, and Iceland.

The Star brand and additional content arrive at a cost, though, as Disney+ is getting a price bump in these regions. In the U.K., the monthly subscription rate is set to increase from £5.99 to £7.99, or £59.99 to £79.90 per year, with an equivalent increase in the EU in euros. Current subscribers however will enjoy a pay freeze until August 23.

Ursadorable
I wonder if #CancelDisneyPlus is still the #1 hashtag on twitter. It was a few days ago.
Score: 3 Votes (Like | Disagree)

As well as a long list of familiar movies and shows, Star will feature some original content that's currently only available on Hulu and ABC in the U.S., including "Victor," teen drama "Love," detective show "Big Sky," animated series "Solar Opposites", and Marvel show "Helstrom."

Shouldn’t that be “Love, Victor” the television spin-off of the movie “Love, Simon”? A show that is on Hulu, and not on Disney+, because of the un-family-friendliness of *gasp* gay characters.
Score: 3 Votes (Like | Disagree)

Realityck
We want this too for the USA Disney plus subscribers!

Well done!It doesn't say if the Canadian subscription will go up too.
Has Star the same content of Starz? In that case bummer, it's already included in our TV plan
If not, cross fingers for something good to watch
Hope you 'll get it too

Starz (Lionsgate) is not related to Disney plus Star. :)
Score: 2 Votes (Like | Disagree)

iamgalt
Wow. I'm so used to hearing about new services being released only in the US, and reading all the comments in forums like this from people outside the US, about how these services need to make their way across the ocean. Is this actually a rare occurrence of the opposite. WTH is going on? ?
Score: 1 Votes (Like | Disagree)
Read All Comments