Apple will this year begin transitioning its devices to mini-LED technology, according to Apple analyst ‌Ming-Chi Kuo‌, and a new DigiTimes report on Thursday reiterates Kuo's expectation that a mini-LED version of Apple's MacBook Air is set to arrive in 2022. 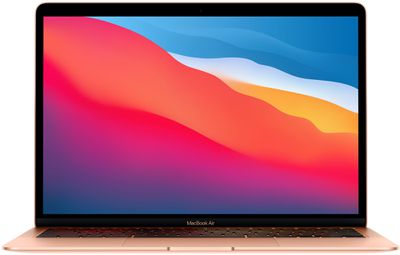 The sources expect that Apple's 11-inch and 12.9-inch iPad Pros and 16-inch MacBook Pro set to be released in 2021 will be equipped with miniLED displays and adoption of miniLED will be expanded to its MacBook Air products in 2022.

In addition to a redesigned 16-inch MacBook Pro, Kuo has said he expects Apple to launch a new 14-inch MacBook Pro with an all-new design in the late second quarter or third quarter of this year. Kuo says these MacBook Pro models will feature Mini-LED displays for increased brightness, improved contrast, richer colors, and more.

MacBook Pro models are projected to be the main driver of mini-LED panel shipments since they will purportedly gain mini-LED before the iPad and see faster shipment growth.

As a result, Apple will likely introduce mini-LED as a "Pro" Mac feature, however Kuo believes the company will be able to offset the increased cost because the cost of ‌Apple Silicon‌ chips is significantly lower than that of Intel processors, which will allow it to bring the technology to its most popular MacBook further down the line.

Kuo's optimistic scenario sees MacBook shipments growing by 100 percent over the next three years, with up to 35 million units per year, thanks to the adoption of ‌Apple Silicon‌ and the refreshed designs.

How long has there been rumors now of a mini-led macbook coming next year? 5 years, 10 years?

AppleTO
I don’t really see a massive advantage of Mini-LEDs in laptops to be honest. Even OLEDs really.
Score: 5 Votes (Like | Disagree)

I don’t really see a massive advantage of Mini-LEDs in laptops to be honest. Even OLEDs really.

Bazooka-joe
Yep i wanted to replace my 2011 MacBook Pro so that will be on my shopping list
Score: 3 Votes (Like | Disagree)

ruka.snow
Apple giving more for the same price is quite the norm for them. We seen it with the 5K iMac for instance. And moving the cost budget away from the CPU and onto other things makes a lot of sense to me. We are already very much past where people see big changes from processors, but everyone sees the benefit of a better screen, nicer keyboard, more natural sounding speakers, and hopefully the upcoming dawn of high quality webcams(though you can’t cheat physics so it will need to be computational as there isn’t room for huge sensors and lenses.).
Score: 3 Votes (Like | Disagree)

Quoting DigiTimes again? Slow news day I suppose. I think we've all learned not to trust them, many years ago.

It's still Kuo who "predicts" this will happen, not DigiTimes.
Score: 2 Votes (Like | Disagree)
Read All Comments

Kuo: Two Redesigned MacBook Pros in 2021 and New MacBook Air in 2022, All With Apple Silicon and Mini-LED Displays

Wednesday December 2, 2020 5:46 am PST by Hartley Charlton
Apple plans to release two redesigned MacBook Pros in 2021 and a new MacBook Air in 2022, all with mini-LED displays and Apple Silicon chips, according to TFI Securities analyst Ming-Chi Kuo. In a research note to investors, seen by MacRumors, Kuo explained that two new MacBook Pro models equipped with an all-new form factor design are expected to launch in 2021, and a new "affordable"...
Read Full Article • 219 comments