Apple is in talks to acquire the rights to two animated films from Skydance Animation, which is headed up by John Lasseter, reports Variety. 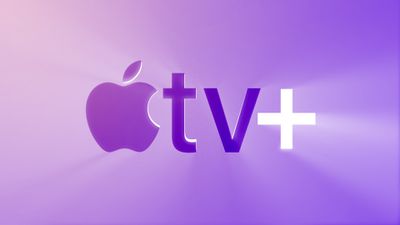 Lasseter is the former chief creative officer of Walt Disney Animation Studios and Pixar, but he departed the company in 2018 following allegations of sexual misconduct and has been at Skydance Animation since 2019. Prior to joining Skydance Animation, Lasseter directed popular Disney movies that include Toy Story, Cars, and A Bug's Life, plus he executive produced many others.

Apple is interested in the rights to his two newest movies, "Luck" and "Spellbound." "Luck" has been called "vintage Lasseter" with dazzling production value and commercial appeal. It follows the unluckiest girl in the world.

When she stumbles upon the never-before-seen world of good and bad luck, she must join together with magical creatures to uncover a force more powerful than even luck itself.

"Spellbound" is a musical fantasy that's set in a world of magic where a young girl aims to break the spell that has split her kingdom in two.

If Apple acquires the rights to the two movies, they could see a premiere in theaters before coming to Apple TV+, but the deal has not yet been finalized. "Luck" is set to be released on February 18, 2022, while "Spellbound" is slated for release on November 11, 2022.

buckyballs
And we're just going to ignore exactly why he left Disney?
Score: 21 Votes (Like | Disagree)

BC2009
Lasseter has publicly apologized for his behavior. He said:

“I am deeply sorry for my actions, which were unquestionably wrong. I very much regret making women feel unsafe or disrespected. I will continue to work every day for the rest of my life to prove to you that I have grown and learned. I am resolute in my commitment to build an animation studio upon a foundation of equality, safety, trust and mutual respect for everyone.”

I don't believe people should be condemned and shunned for life for doing something that was not even a crime. Even criminals get released from prison (often early on parole). Give the guy a second chance and see if he has learned his lesson. I am glad that he is making films again and Apple is picking them up -- he is definitely a very talented person -- he has made many of my favorite movies. If Lasseter falls back into habits of bad behavior then I may think differently.
Score: 7 Votes (Like | Disagree)

street.cory
Apparently Lasseter's allegations aren't as serious as they were once thought... Or Apple is willing to look the other way as long as the content is good.

Either way, I enjoy the stuff that he's been instrumental in developing.

Edit: I hope the allegations are not true.
Score: 7 Votes (Like | Disagree)

2.4 Allegations of sexual misconduct and exit from Disney/Pixar ('https://en.wikipedia.org/wiki/John_Lasseter#Allegations_of_sexual_misconduct_and_exit_from_Disney/Pixar')
Score: 7 Votes (Like | Disagree)

The only allegations were that he occasionally gave co-workers “unwanted hugs.” Which is absolutely ridiculous. Sure, it’s probably appropriate to ask someone before giving them a hug... but cone on. He got booted for being a teddy bear.

Lasseter is a good guy, and I can’t wait to see his future films!

Next you’ll tell us how Weinstein is good guy as well?
Score: 7 Votes (Like | Disagree)

Next you’ll tell us how Weinstein is good guy as well?

I'm not defending Lasseter but there's a large difference between the Weinstein (sexual assaults and rapes) and Lasseter (sexual harassment) allegations.

The commenter you replied to was misunderstanding or minimizing the severity of the allegations against Lasseter but you jumped in with what's effectively Godwin's Law.
Score: 7 Votes (Like | Disagree)
Read All Comments