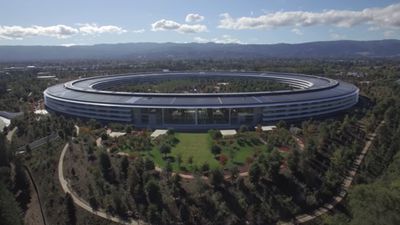 Titled "How Apple is Organized for Innovation," Podolny's piece delves deep into Apple's structure and how that has helped it grow over the years. Starting back when Jobs took over the company when he returned to Apple 1997, Podolny explains how Jobs fired the managers of each individual business unit and converted Apple into "one functional organization," a setup that Apple continues to have to this day.

As was the case with Jobs before him, CEO Tim Cook occupies the only position on the organizational chart where the design, engineering, operations, marketing, and retail of any of Apple's main products meet. In effect, besides the CEO, the company operates with no conventional general managers: people who control an entire process from product development through sales and are judged according to a P&L statement.

Apple's structure dictates that the people who have the most expertise and experience in a given domain should have the decision rights for that domain, with the company relying on technical experts rather than managers to make key decisions.

Apple's financial structure, where executive bonuses are based on companywide financial success rather than departmental success, also allows for more freedom when it comes to product decisions because there's not specific financial pressure on a single release. "The finance team is not involved in the product road map meetings of engineering teams, and engineering teams are not involved in pricing decisions," writes Podolny.

All of Apple's managers, from senior vice president and down, are expected to have deep expertise in their area, immersion in detail of the work being done under their leadership, and willingness to collaborate and make collective decisions. "Leaders should know the details of their organization three levels down," is one of Apple's principles.

As Apple has grown, Apple CEO Tim Cook has needed to make adjustments to the structure as Apple enters into new markets and technologies.

The adjustments Tim Cook has implemented in recent years include dividing the hardware function into hardware engineering and hardware technologies; adding artificial intelligence and machine learning as a functional area; and moving human interface out of software to merge it with industrial design, creating an integrated design function.

Podolny's full piece goes into much more detail on how Apple's internal structure works, complete with many examples of Apple's successes. It can be read in full at Harvard Business Review.

Them writing an HBR article about innovation is the best indicator they stopped innovating.

Sounds great in theory, but in reality, do people really think executives aren't going to direct their attention to financially under-performing units?

If one unit is under-performing, another has to make up for the deficiency in order to maintain company-wide financial targets. Everyone ends up looking at the bottom line.

HomePod not selling well? Let's increase the mark up of iPhone accessories in response.

But there isn’t a HomePod division, that’s the point. The success of the HomePod is spread over most of those divisions, Sales, Marketing, Design, Software, Hardware Engineering etc
Score: 8 Votes (Like | Disagree)

I'd love to attend but you have to be an employee first.

I'd DIE to work for Apple someday!
Score: 7 Votes (Like | Disagree)

TheYayAreaLiving ?
This will be taught in Grad College in the Business World. Case study time.
Score: 6 Votes (Like | Disagree)

Apple's financial structure, where executive bonuses are based on companywide financial success rather than departmental success, also allows for more freedom when it comes to product decisions because there's not specific financial pressure on a single release. "The finance team is not involved in the product road map meetings of engineering teams, and engineering teams are not involved in pricing decisions," writes Podolny.

Sounds great in theory, but in reality, do people really think executives aren't going to direct their attention to financially under-performing units?

If one unit is under-performing, another has to make up for the deficiency in order to maintain company-wide financial targets. Everyone ends up looking at the bottom line.

HomePod not selling well? Let's increase the mark up of iPhone accessories in response.
Score: 5 Votes (Like | Disagree)
Read All Comments

Friday August 12, 2022 12:46 pm PDT by Juli Clover
Samsung this week launched its fourth-generation foldable devices, the $1,000 Galaxy Z Flip and the $1,800 Galaxy Z Fold. Though there's no sign of a comparable Apple foldable device on the horizon, rumors suggest prototypes are in the works, so we thought we'd take a look at Samsung's newest smartphones to see what Apple needs to measure up to when a foldable iPhone does come out. Subscribe ...
Read Full Article • 281 comments