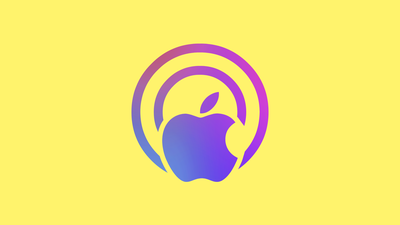 The website for Scout FM is now defunct, but it was available on iPhones, Android devices, and Amazon smart speakers. Scout FM generated podcast stations covering various topics, similar to a radio station but for a podcast experience.

A person could select a specific topic and then find podcasts related to that topic, with the service also offering up recommendations based on listening history and personal preference. TechCrunch explained how it worked in 2018:

Scout.fm wants to change the way people listen to podcasts. Instead of scouring through the over 500,000 shows in your current podcast app, this startup's new curated podcast service will just ask you a few questions to find out what you like, then create a podcast station customized to you. The experience is primarily designed for use on smart speakers, like Amazon's Alexa-powered Echo devices, but is also available as iOS and Android applications.

According to Bloomberg, Scout FM was a popular iPhone podcast app that worked with CarPlay, plus it was available for Alexa-based devices.

Apple competitor Spotify has been making significant investments into the podcasting space, which has also spurred Apple to make updates. Apple plans to improve its podcast offerings through original podcast content that will be exclusive to the Podcasts app.

Apple plans to create audio spinoffs of some of its original television and movie content, but it is also seeking to purchase original podcast programs that could also tie into future Apple TV+ shows.

vicviper789
I liked podcasts until they started interjecting Ads every 5 minutes..
Score: 7 Votes (Like | Disagree)

sdhalpern
I went to undergrad with the founder of this company. He’s brilliant and I couldn’t be happier for him!
Score: 5 Votes (Like | Disagree)

Apple playing catch up with Spotify reeks of desperation.

Remind me again who was the one running to the press crying foul right after Apple announced their services bundle?
Score: 5 Votes (Like | Disagree)

Great, now maybe Apple can relearn how to design a podcast app & UI that actually works again. Every release of iOS, the podcast app remains broken in the same basic ways and the UI gets messier and less coherent.

Grab iOS device, jump in the car, no podcasts are actually downloaded. Ever.sit there for 5vminutes waiting for one to download, start playing it, stop & get out for gas, resume playing, iPad plays music instead, has no idea a podcast was ever playing. Siri? Siri has never heard of the podcasts app, & wants to play music instead. Dad where did the fast forward & rewind buttons go? Hang on you have to tap that little corner area down here and then this bigger window pops up with those basic controls tucked away in there. the slider is 1 pixel wide, good luck hitting that while I’m driving.

caliguy
I would love Podcasts to have a transcription of every single podcast in the directory. Would take enormous cloud computing power, but Apple seems the best equipped to do so.
It would be amazing to find exactly who spoke what about whatever niche topic you're interested in. Even cooler if they parse out the data of who is speaking. Think: "Hey Siri, jump to that Joe Rogan podcast when Edward Norton talks about martial arts".
Score: 4 Votes (Like | Disagree)

Apple plans to improve its podcast offerings through original podcast content that will be exclusive to the Podcasts app.

UGH - Apple, Spotify - leave podcasts alone! Not everything needs to be:

a) monetised
b) exclusive
c) subscription based
Score: 2 Votes (Like | Disagree)
Read All Comments