Apple today celebrated the 25th anniversary of its Apple Distinguished Educator program by sharing a profile of Tennessee Tech University professor Carl Owens, one of more than 3,000 educators from 45 countries who have been part of the program over the years. 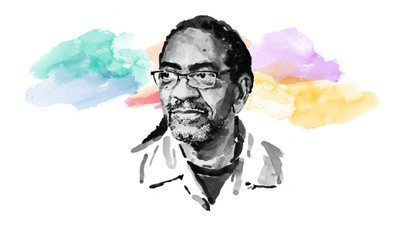 Owens, who is retiring at the end of this year after a 40-year career in education, is a professor in Tennessee Tech's College of Education and he has relied on Apple products since the original Macintosh in 1984, including in his classes and the learning resource center he runs.

“Apple cut its teeth in education,” says Owens. “In the beginning, before the iPhone or iPad, Apple was the company that had a computer that enabled educators to become greater than what they ever knew they could be.”

Owens has been provisioning each of his students with an ‌iPad‌ for years and uses Apple products to help teach them how to imagine different and creative ways to approach learning.

Collaboration and remote learning have been an emphasis for Owens over the years, and so he was naturally a key figure at Tennessee Tech when the global health crisis began shutting down campuses around the world.

The Apple Distinguished Educator program fosters an international community of K–12 and higher-education teachers focused on innovation, excellence, and leadership tied into the use of Apple products, and is an application-based program.

Northern Man
Mr. Owens is likely disappointed how Apple dropped the ball on penetrating the education market over the years, at least at the elementary grades level.
Score: 1 Votes (Like | Disagree)
Read All Comments

Monday May 10, 2021 10:41 am PDT by Juli Clover
Apple's upcoming iPhone 13 models will be slightly thicker than the iPhone 12 models and will also feature larger, thicker camera bumps with lenses that protrude less, according to iPhone 13 schematics seen by MacRumors. The new iPhone 13 and 13 Pro models are expected to feature a thickness of 7.57mm, up from 7.4mm in the iPhone 12 models. That's an increase of 0.17mm, which won't be hugely ...
Read Full Article • 127 comments

Monday May 10, 2021 8:51 am PDT by Hartley Charlton
Independent technicians have reportedly been able to use leaked MacBook schematics to aid repairs (via Vice). Last month, Apple supplier Quanta Computer was hit with an attack by the ransomware group known as "REvil," leading to a large quantity of internal Apple documents about both released and unreleased devices being exposed. The leaked PDFs, available on a number of forums and online...
Read Full Article • 85 comments