MacBook Air and MacBook Pro owners who have one of the new 13-inch 2020 models released earlier this year appear to be experiencing problems with USB 2.0 accessories that connect to their machines though a hub or adapter. 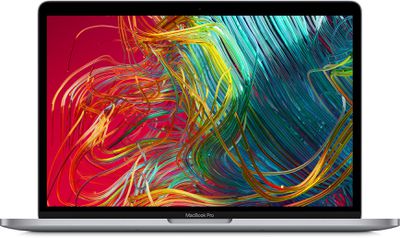 There are a number of complaints about the issue on the MacRumors forums, Reddit, and the Apple Support Communities. Affected customers appear to be seeing devices connected to the Mac randomly disconnect, as explained below by a MacRumors reader.

At random times the USB devices connected to the mac though a usb-c hub would just lose connection and stop working all at the same time. This happened with two different USB-C hubs (both expensive, one of them is Satechi which was recommended in many threads), so I am leaning towards ruling out the hubs being at fault.

I'm connecting a few things in the hub - HDMI for an an external monitor, USB audio interface (powered by the mac) and a mouse. When the issue occurs, the mouse and the USB audio interface stop working, but the HDMI connection continues to work without issues, each time.

The issue happens at random moments and there are no steps to reproduce it. It seems to be happening more often when at least two usb devices are connected at the same time.

There are many other similar complaints about disconnection and freezing issues when using USB 2.0 accessories that connect to a Mac through a hub, though there seems to be no clear pattern as to which accessories are affected or when the issue occurs, making it difficult to determine what could be causing the disconnects.

MacBook owners have run into connectivity problems with all kinds of devices that require a USB-A connection, including mice, keyboards, and other accessories. Multiple hubs have been tested, which suggests that the issue is not caused by a particular brand of hub, and it also appears that most of the complaints are limited to USB 2.0 accessories rather than USB 3.0 and 3.1 accessories.

SMC resets, safe mode, Disk Utility repairs, different user logins, and operating system reinstalls have all been unsuccessful addressing the bug, which suggests that it may be something that Apple needs to fix in a future software update, if it is a software problem.

A Reddit user found that USB 2.0 devices that become unresponsive remain indefinitely in the System Information even if unplugged from a hub, while USB 3.0 devices behave properly, so this is one possible cause. He was able to solve the problem with a Thunderbolt CalDigit hub, but whether that fix will work for all impacted machines is unknown, and CalDigit Thunderbolt hubs are pricey.

Apple has a USB 2.0 issue with either the chipset they are using, or a Catalina bug regarding the handling and refreshing of USB 2.0 devices.

However this can be worked around.

USB-C hubs vary in their functionality and there are two types:

Transparent proxies take the USB 2.0 input and present it as USB 2.0 to the MacBook Pro. The Mac or Catalina then will do something wrong and the USB 2.0 devices will freeze / become unresponsive at some point (minutes or hours after being attached).

Terminating proxies take the USB 2.0 input, terminate it, and present it as a fresh input that is USB 3.0 to the MacBook Pro. Everything is good in this scenario.

Multiple MacBook Pro and ‌MacBook Air‌ owners have contacted Apple so Apple may be aware of the issue and could have a fix in the works. Apple has been replacing some affected machines with new models, but users report that the problem persists even when a new Mac is provided.

ouimetnick
Imagine if these computers had a USB A port along with the USB C ports. Bring back MagSafe while you’re at it.
Score: 45 Votes (Like | Disagree)

the 2015 MBP had the perfect amount of ports. SD card and HDMI should be on a high end laptop!
Score: 37 Votes (Like | Disagree)

itsmilo
I am starting to appreciate my 2012 MacBook Pro every time I hear about issues on the latest machines that are +2k. it’s running like on it’s first day
Score: 15 Votes (Like | Disagree)

BaltimoreMediaBlog
Didn't Steve Jobs once do part of a keynote making fun of "dongles"?

He can't possibly be happy with the bean counter if he's watching from above.

And while you're at it, just blow up Catalina now. It seems to be implicated in practically everything except the Jimmy Hoffa disappearance.
Score: 15 Votes (Like | Disagree)
Read All Comments