When it comes to wireless over-ear Bluetooth audio, Sony's flagship WH-1000MX3 headphones are among the best on the market, and the launch of the fourth-generation model appears to be right around the corner. 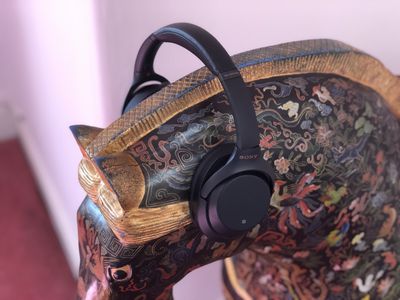 A new listing (since removed) on Walmart's website, spotted on Thursday by Android Police, reveals pretty much all there is to know about Sony's upcoming WH-1000MX4 noise canceling headphones, including some notable new features and a $348 price tag.

According to the specs list, the forthcoming model will include Edge-AI, Sony's latest codec for upscaling compressed audio files in real-time. The technology uses artificial intelligence to restore the high-range sound lost in compression, which Sony says allows for a richer, more complete listening experience.

There's also a new Adaptive Sound Control mode that lets users create custom profiles in the companion app that will adjust the noise canceling based on location, and new Precise Voice Pickup Technology promises to pick up the user's voice better through the five built-in microphones when on a call.

In addition, the 1000XM4's will be able to connect to two Bluetooth devices at the same time. That's a big plus in our book – previous models haven't supported dynamic switching between audio sources, and having to manually disconnect them from your ‌iPhone‌ so that you can connect to your Mac and vice versa just feels clunky.

Bose's QC35 and 700 headphones have no trouble pairing with two devices and automatically switching between them based on which one is transmitting an audio signal. In our Bluetooth saturated age, it's hard to overstate just how convenient this feature is.

Like the current model, the 1000XM4's will offer 30 hours of wired/wireless battery life on a single charge, and users will be able to get five hours' worth of charge after 10 minutes connected to a power outlet. Sony hasn't officially announced the new 1000XM4's yet, but given the Walmart listing and an FCC filing late last year, expect to see them in the next week or two. Until then, why not check out our review of Sony's current flagship model.

mattopotamus
Best noise cancelling headphones you can get. They are comfortable, have excellent battery life, and the noise cancelling is best-in-class. I have tried them all (Bowers&Wilkins, Bose, Beats, etc).
Score: 11 Votes (Like | Disagree)

Do you think the reviewer had ten devices, and was bothered testing ten devices? "Connects to two devices" doesn't imply "Cannot connect to three devices".

Nothing says quality like being sold at a walmart.

Sarcasm? I ask because every item in your signature can be purchased at Walmart.
Score: 5 Votes (Like | Disagree)

nylonsteel
how very true -
"...no trouble pairing with two devices and automatically switching between them based on which one is transmitting an audio signal. In our Bluetooth saturated age, it's hard to overstate just how convenient this feature is."
Score: 4 Votes (Like | Disagree)

Relentless Power
I own the WH-1000XM3, lots of great features, but the most underrated advantage to these, they are so light weight, you literally don’t feel like you’re wearing them. And I think that says a lot about over the ear headphones when you look at the surrounding competition.
Score: 3 Votes (Like | Disagree)

I7guy
If the mx4 have the same type of make as the mx3, the qc 35 are more comfortable. And comfortable in this price point is the priority for me.
Score: 3 Votes (Like | Disagree)
Read All Comments

Wednesday January 26, 2022 8:56 am PST by Joe Rossignol
Benchmark results have started to surface for MSI's new GE76 Raider, one of the first laptops to be powered by Intel's new 12th-generation Core i9 processor. Intel previously said that its new high-end Core i9 processor is faster than Apple's M1 Max chip in the 16-inch MacBook Pro and, as noted by Macworld, early Geekbench 5 results do appear to confirm this claim, but there are several...
Read Full Article • 232 comments