Apple's upcoming high-end over-ear headphones (tentatively called AirPods Studio) could have a head and neck detection feature that's similar to the ear detection feature in the AirPods and AirPods Pro, according to a new report from 9to5Mac that cites people familiar with Apple's plans. 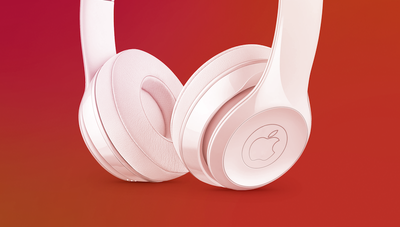 Another sensor will detect left and right ears for routing the audio channels, which means there will be no right or wrong side for wearing the AirPods Studio. Pairing the AirPods Studio with a Mac or iOS device will unlock custom equalizer settings with low, medium, and high frequency adjustments available.

Prior rumors have suggested Apple's high-end over-ear headphones will feature Active Noise Cancellation and Transparency Mode much like the current ‌AirPods Pro‌, and an April report from Bloomberg indicated the headphones will have interchangeable ear pads and headband padding allowing for customization.

Apple may also sell the headphones in multiple materials, including a premium version with leather-like fabrics and a fitness-focused model with liter, more breathable materials.

A rumor from this weekend said that Apple could price the high-end over-ear headphones at $349, and that the name could be "AirPods Studio."

I wonder if they'll get it right this time.
Apple is not and audiophile oriented company.
Remember the iPod HiFi speaker? Steve said that was all we needed....

Apple is not an “audiophile” company but they have an extensive, solid track record of getting the details around sound output extremely “right”. From the extremely low output impedance of their mobile devices headphone jacks to the amazing performance of the $10 lightning to 3.5mm adapter, to the performance of the Homepod or the Airpod pros today. As an audio enthusiast for decades, when Apple does audio, I listen.
Score: 21 Votes (Like | Disagree)

“Another sensor will detect left and right ears for routing the audio channels, which means there will be no right or wrong side for wearing the AirPods Studio.“

That’s totally Apple-esque to Implement something like this. It’s the small features to the user experience that separates the competition.
Score: 18 Votes (Like | Disagree)

I wonder if they'll get it right this time.
Apple is not and audiophile oriented company.

PabloSRT8
I wonder if they'll get it right this time.
Apple is not and audiophile oriented company.
Remember the iPod HiFi speaker? Steve said that was all we needed....
Score: 8 Votes (Like | Disagree)

That name is really confusing. Anything called "Studio" you'd expect it to be audiophile quality. Anything with noice cancelling is not STUDIO.

Same with Pro. You'd expect a laptop with "Pro" in it's name not to need a top case replacement due to Jony Ive's butterfly keyboard, but yet here we are.

Apple isn't the company it was under Steve Jobs. It isn't terrible under Tim Cook, but words don't mean anything anymore, it all marketing hype.
Score: 6 Votes (Like | Disagree)
Read All Comments