Customers who require a replacement AirPod from Apple have in some cases been receiving an AirPod running 2D3 firmware, which is not a version of the AirPods firmware that's been publicly released. 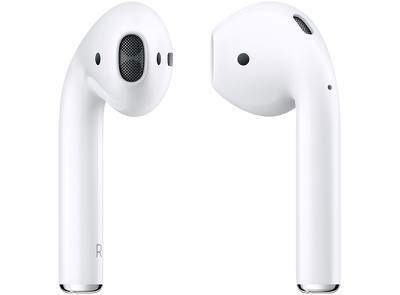 As described on the MacRumors forum and Reddit (via iMore), customers who get an AirPod with the 2D3 firmware are unable to pair it with the existing unreplaced AirPod, leaving the ‌AirPods‌ unable to be used together.

Apple has apparently been shipping these ‌AirPods‌ running the unusable firmware since March 25 or earlier, so some customers have been without a functional set of ‌AirPods‌ for a few weeks. From Reddit:

I eventually got through to a senior advisor yesterday who used screen sharing to take a look for himself; he was totally confused and handled it great so far. He made himself the assignee for my case and I'm expecting a call back today after he left me with some tips from engineering. Those tips didn't work and now it appears both AirPods are fried. I can no longer get any AirPod to pair with my phone. The case is fine since I can pair my wife's AirPods with my phone using my case.

The advisor did admit that I'd never be able to get these to pair since the lesser versioned AirPod wouldn't be able to update to a non-public version. He even said there's little documentation on it, and that what likely happened is when it was made, 2D3 was about to be released but ended up not coming out because of bugs.

Apple's support staff has been unable to help customers, and even after multiple ‌AirPods‌ shipments, customers have been unable to get a working set. From MacRumors reader blue_marzipan:

I have the same problem and have spent the last 2 days trying to get Apple to help. The issue is the firmware 2D3 is not available for update yet. I finally got to a Senior Adviser and he said he could not help me other than send me another set but could not check the firmware before shipping so may or may not match. They have sent me 2 left ones, both with the 2D3 firmware which of course won't sync with the other one and cannot be updated. The adviser wasn't helpful at all. He said if many people report the problem (in my case it took 48hrs to get to him), then engineers might look at it. Otherwise there was nothing he could do for me.

And from MacRumors reader SorsCode, who is experiencing the same problem:

Update: Not a good one, but an update. I'm on my 4th replacement on the right Airpod now and still haven't been able to get one with 2D3 on it. They have sent me both Left and Rights at the same time. All my lefts have been 2D3 and my rights have been all over the place. Escalating tonight to see if we can just stop the madness and get a refurbished set sent.

According to a person on Reddit who spent 10 hours talking to Apple's support staff over the course of a week, the 2D3 AirPod problem appears to be somewhat widespread, and given that Apple's teams are working from home right now, there's no available word on when the new 2D3 firmware might be released to solve the problem.

There will be no solution until the new firmware is released, but in some cases, Apple's support team has been replacing affected replacement ‌AirPods‌ with new, functional sets that are running older firmware. This doesn't appear to be universal, though, and there are still some who are struggling to work out the problem.

Andres Cantu
Classic Apple: it's never a problem until it's a PR problem.
Score: 34 Votes (Like | Disagree)

BootsWalking
"I finally got to a Senior Adviser and he said he could not help me other than send me another set but could not check the firmware before shipping so may or may not match."

If only there was a software program that allowed companies to track critical details of each device being manufactured, for example the firmware version. EDIT: Found it - it's called a "database".
Score: 30 Votes (Like | Disagree)

orbital~debris
This is faintly absurd. Given the current situation across the planet, Apple should be supplying new sets to customers while they work out how to resolve this firmware snafu.
Score: 15 Votes (Like | Disagree)

DribbleCastle
I had a similar issue but my replacement Airpod (left 2nd gen) came with an out of date firmware. It took me forever to figure out what was going on and how to finally fix it. I had to leave it in the case within 4 inches (unpaired) of my iPhone. Somehow without being paired, the iPhone will magically update the firmware (may take like 20+ minutes). One of the worst Apple experiences I've had in a while.
Score: 9 Votes (Like | Disagree)

zorinlynx
Apple seems to be dropping the ball lately in small but irritating ways. And this started happening long before Covid-19, so it's not that. I hope they can get their crap together soon.
Score: 9 Votes (Like | Disagree)

Going through this now. They send a replacement Airpod 2 set since I was having issues with them charging, both left and right. The replacement set comes in three packages, case, left and right headsets, with the left having 2D3 firmware. You can see this as you can connect each airpod separately. Several calls last week and I was told that they can only send replacement sets and pray that i can a set with the same firmware....my 1 year is up April 28th.....not hopeful right now....

It's really amateur hour over at Apple....unfortunately the hour has become years....
Score: 6 Votes (Like | Disagree)
Read All Comments