'Forza Street' Simulation Racing Game Coming to iOS on May 5

Developers Turn 10 Studios and Microsoft have announced that simulation racing game Forza Street is coming to iPhone and iPad on May 5. 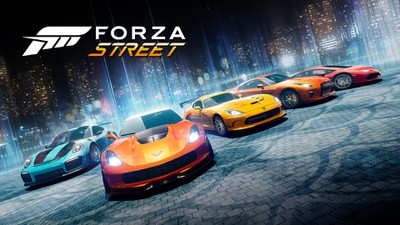 Forza Street is a simplified version of the original Forza racing game series for Xbox and PC that emulates the performance and handling characteristics of real-life production, modified, and racing cars. The mobile version will include a story-driven mode as well as the option to compete in races that last just a minute.

In a game where collecting and upgrading cars often leads to domination on the streets, it'll be interesting to see how the developers balance the free-to-play mechanic with the presence of in-app purchases.

With that in mind, anyone who plays Forza Street within the first month will get the Founders Pack, which includes the 2017 Ford GT as well as virtual credits and gold.

I hope this flops horribly so that we can start getting actual games on iOS.
Score: 20 Votes (Like | Disagree)

I hope this flops horribly so that we can start getting actual games on iOS.

Agreed, try Grid Autosport. None of the above, just a great actual game

I hope this flops horribly so that we can start getting actual games on iOS.

I think this will be one of thosse games that gets installed by millions based on name recognition alone - but almost all will decide the IAP stuff is prohibitive to proper game progression and stop playing. Problem will be that those that keep playing will bring in more than enough cash for them to think it's still worth it and not change a thing.
Score: 5 Votes (Like | Disagree)

JCCL
Hmmm no thanks, I keep playing full Forza Horizon 4 on my Xbox
Score: 2 Votes (Like | Disagree)

69Mustang
Forza Street is not a sim racer. It's not even a real Forza game. It's a re-released game from 2018 called Miami Street, dev'd by a small indy studio Electronic Square. It was rumored to be a mobile game that was going to be released on Windows phone (RIP). I've played every Forza Motorsport 'cept FM5 ← [insert poop emoji here]. Street is standard mobile IAP crap. MS is just going for a mobile cash grab. Street is a stain on the FM franchise.

Hate to tell you, but this game is not a good endorsement for Apple Arcade. I'm sure they've made some small changes, but here's the "sim" in all it's original glory.
Score: 2 Votes (Like | Disagree)
Read All Comments

Sunday May 31, 2020 8:04 pm PDT by MacRumors Staff
Amid unrest in numerous U.S. cities following last week's killing of George Floyd by police in Minneapolis, Apple CEO Tim Cook has shared an internal memo with employees (via Bloomberg) addressing the pain that many are feeling and urging others to commit "to creating a better, more just world for everyone." Cook also announced that Apple is making donations to several groups challenging...
Read Full Article • 118 comments

Thursday June 4, 2020 10:07 am PDT by Juli Clover
We still have a few months to go before Apple unveils the iPhone 12, but rumors about the iPhone 13, coming in fall 2021, are already circulating. Japanese site Mac Otakara today shared a rough 3D printed mockup of a 5.5-inch iPhone said to be coming in 2021, which is from "Alibaba sources." The model may be built on leaked specifications and rumors, but where the info comes from is unclear. ...
Read Full Article • 100 comments