To start this week, Amazon has introduced a new sale that discounts a handful of Apple Watch Series 5 models to notable low prices. In the sale, prices start at just $349.00 for 40mm GPS models with aluminum cases, and similar $50 off discounts can be found for over a dozen Series 5 models. 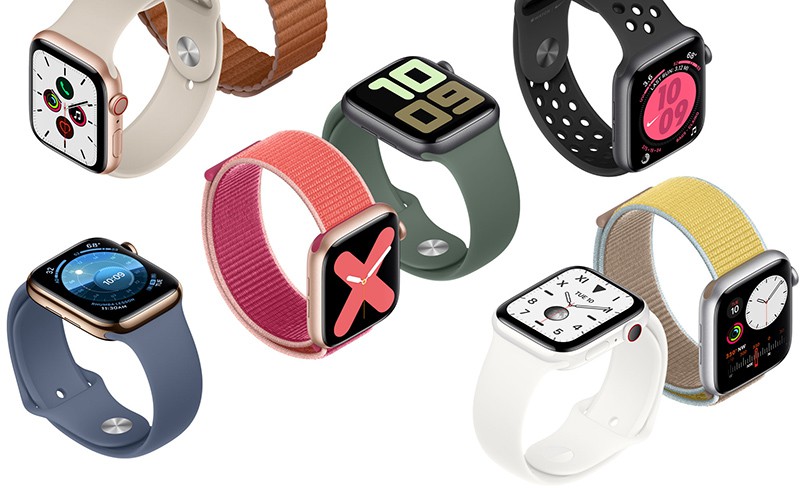 There are many more cellular models on sale than those with only GPS support. For the GPS + Cellular edition of the Apple Watch Series 5, sale prices start at $449.00 for the 40mm Silver Aluminum Case with a White Sport Band, and also include models with Stainless Steel Cases and the Milanese Loop.

jonnysods
I'm waiting for the 6 - I have a 3, the 5 is compelling, but I have a feeling the 6 will have a few extra health bells and whistles.

Waiting for a redesign or drop in OS support, whichever comes first.

although it’s a good deal for first time Awatch owners.

My 4 is more than sufficient for anything I want/need. I suspect I will keep it until the battery tanks, or it gets smashed.

You’re right, it’s not a ‘great deal’, especially since you are a Series 4 owner, I would not upgrade to the Series 5, unless you really want the AOD and compass. Plus, we’re already approximately five months from the Series 6 potential launch, which is likely to include native sleep tracking and other additional features.
Score: 2 Votes (Like | Disagree)

Rychiar
I love my 5. I can't believe they added the biggest feature to such an otherwise iterative model though
Score: 2 Votes (Like | Disagree)

You’re right, it’s not a ‘great deal’, especially since you are a Series 4 owner, I would not upgrade to the Series 5, unless you really want the AOD and compass. Plus, we’re already approximately five months from the Series 6 potential launch, which is likely to include native sleep tracking and other additional features.

I went from a 0 to a 1 to a 4, and was very tempted by the 5 for the AOD, but I too am holding out until the 6 as the lack of a faster CPU or different sensors [other than compass] didn't make the upgrade worthwhile. I rarely jump on yearly upgrades for things, but the Watch is a life changer.

That said, I wonder if series 6 will be delayed until closer to the winter - if the iPhone is delayed until then, and iOS 14 is delayed until then, I could see the Watch being delayed too [since watchOS 7 would require iOS 14]. Regardless, I am very much looking forward to the series 6. If one is on anything lower than the 4, I highly recommend this Amazon deal, as the CPU is lightning fast and makes using the device a joy.
Score: 1 Votes (Like | Disagree)

rdy0329
Waiting for a redesign or drop in OS support, whichever comes first.