Apple is planning to add new features like Kids Mode and Screen Time options to a future version of tvOS, according to Israeli site The Verifier. 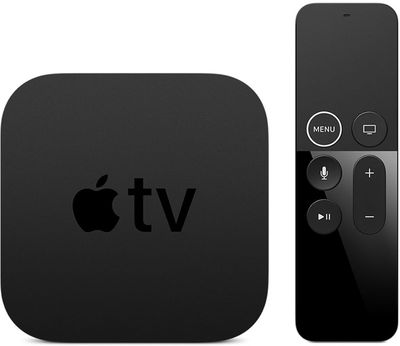 Kids Mode would allow children to watch Apple TV content aimed at children, with parental control options that will let parents restrict the content that is available. Parents will be able to block TV shows, movies, and apps that are not age appropriate, and will be able to set Screen Time limits.

Speaking of Screen Time, The Verifier says that Apple will bring Screen Time features to the ‌Apple TV‌, allowing people to keep track of how much time they're spending watching television. It will work for various apps and games, listing the amount of time spent using each app, as with iOS.

There are also a couple of hardware claims, which we've heard before. Apple is said to be working on a new ‌Apple TV‌ that features an A11 or A12 processor and 64/128GB storage options, up from the current 32/64GB.

The Verifier believes Apple will hold an event in November or December to announce the ‌Apple TV‌, which is a part of this rumor that sounds unlikely. Signs of a new ‌Apple TV‌ have been showing up in versions of iOS for months now, which suggests we'll see it sooner than late 2020. Apple also does not typically hold events in the months of November and December.

The Verifier claims that its news comes from "senior sources" that have been working with its staff for a "number of years," but the site's past claims have been questionable, so it's worth viewing this information with some skepticism until confirmed by a secondary source.

The site was accurate about Night Mode coming to the 2019 iPhone lineup, though that was a reasonable guess. It was very wrong on some macOS Catalina predictions, having suggested the software would include a Shortcuts app, split screen support for four windows, and an iOS-like Control Center, none of which was released.

Some past tvOS predictions have been accurate, though, with The Verifier leaking picture-in-picture and multiple users in tvOS ahead of launch.

redneckitengineer
I have the 32Gb model and I barely use my storage...what on earth does it need all that storage for?
Score: 17 Votes (Like | Disagree)

Saipher
I wonder why the increase in storage. I have the 4K 64Gb version and I feel I have barley used half of it. Maybe Apple will invest more heavily into gaming and Apple Arcade games are about to get much bigger?
Score: 15 Votes (Like | Disagree)

jetjaguar
Wish they would change the remote
Score: 14 Votes (Like | Disagree)

As an Apple Arcade user I have to delete some games in order to play other ones. Apple Arcade and IPTV recordings are two strong reasons for larger capacities. I wish for 256GB...
Score: 7 Votes (Like | Disagree)

VSG
The Apple TV is one of those products that are too good for their own sake – I couldn’t think of a reason to switch from my Apple TV 4K.

Heck, I would still use my Apple TV 3 if it wasn’t for 4K-capabilities.
Score: 5 Votes (Like | Disagree)

I wouldn't be surprised if that's one of the reasons for more standard storage.
Score: 4 Votes (Like | Disagree)
Read All Comments