Sometime during all the launch hype of last week's new MacBook Air and iPad Pro, Apple quietly increased the prices of almost all Mac build-to-order options on its regional online stores outside the United States. 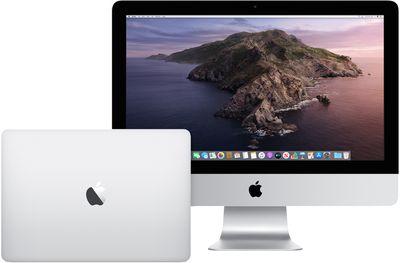 In Canada, Europe, Australia, and many parts of Asia, customers configuring any new ‌MacBook Air‌, MacBook Pro, iMac, ‌iMac‌ Pro, Mac Pro or Mac mini now face paying approximately 10 percent more for each component upgrade than they did prior to last Wednesday.

In the U.K. for example, when customizing a base configuration 2.3GHz 8-Core 16-inch MacBook Pro, upgrading to a 2.4GHz processor costs £200, where previously it cost £180.

16-inch MacBook Pro BTO prices – March 16 compared to March 23
Apple didn't change the standard prices of its Mac base configurations, which is probably why the changes initially went under the radar. However, two eagle-eyed readers from the U.K. got in touch with MacRumors after the total cost of their custom Mac configs, which had been languishing in their online Apple Store bags for a time, suddenly changed overnight.

It's not clear what provoked Apple to raise BTO Mac prices for consumers outside the U.S., although fluctuations in exchange rates, supply constraints, and labor shortages can't be ruled out. Either way, the fact remains that processor, RAM, graphics, and storage upgrades selected during checkout cost around 10 percent more than they did this time last week.

(Thanks, Andy and Glen!)

bladerunner2000
Not enough profits for the trillion dollar company.
Score: 51 Votes (Like | Disagree)

SW3029
Relax everyone. Apple isn't price gouging or being greedy. They are responding to the collapse of foreign currencies like the UK pound, euro, yen, etc. All those currencies have been pummeled in the last 2 weeks as forex traders rush to the US dollar for security.

As currencies collapse against the dollar, products and parts naturally become more expensive overseas as almost all imports into countries are conducted in dollars and not the local currency.

This is a normal price change completely expected with the plummeting forex market.

So. Just. Chill. with the greed and conspiracy theories mkay?

Virtually every other company that relies on importing products across national borders will be rising prices soon in those countries if they haven't already.

As for why BTO prices have risen in the countries and not prices of standard configs, it's because stores and warehouses in those countries are already stocked with the standard config models – they were imported into the country BEFORE the forex collapse. BTO models are, as the name suggests, built to order in overseas factories and then STILL need to be imported under the higher costs due to the fall in international forex.

If foreign currencies stay depressed against the US dollar, Apple will eventually need to raise prices of standard config Macs in foreign countries too because those will need to be imported at the now higher prices into those countries when the existing stock in those countries run out.
Score: 20 Votes (Like | Disagree)

cambookpro
Even as a Brit, I'm not too surprised about this. GBP to USD has dropped at least 10% since the introduction of the 16". Probably not helped by COVID and USD being a relative safe haven.

After 20% VAT, we're actually paying (slightly) less than the USA for base models at the moment (although it really doesn't feel like it).
Score: 13 Votes (Like | Disagree)

JoelTheSuperior
On the upside this has solidified my decision to switch back to PC. The BTO prices from Apple are quite frankly insulting. If you can honestly defend this you need to have a good hard look at what the prices for the components cost from literally anyone else. Apple RAM has nothing special about it and in the case of the Mac Pro it was shown to be downright bottom of the barrel stuff.

Even as a Brit, I'm not too surprised about this. GBP to USD has dropped at least 10% since the introduction of the 16". Probably not helped by COVID and USD being a relative safe haven.

After 20% VAT, we're actually paying (slightly) less than the USA for base models at the moment (although it really doesn't feel like it).

Indeed, crying shame really seeing as how we don't have the high salaries of the US to make up for it. Average of $41k in the UK versus $65k in the US.
Score: 11 Votes (Like | Disagree)

ImperialForces
This is disturbing. We can only hope they don’t stick with these kind of business practices and this isn’t successful enough to become precedent.
Score: 10 Votes (Like | Disagree)

The good news is people have choices. Don't like the increase? Reward another company with your currency and purchase their products instead.
Score: 9 Votes (Like | Disagree)
Read All Comments