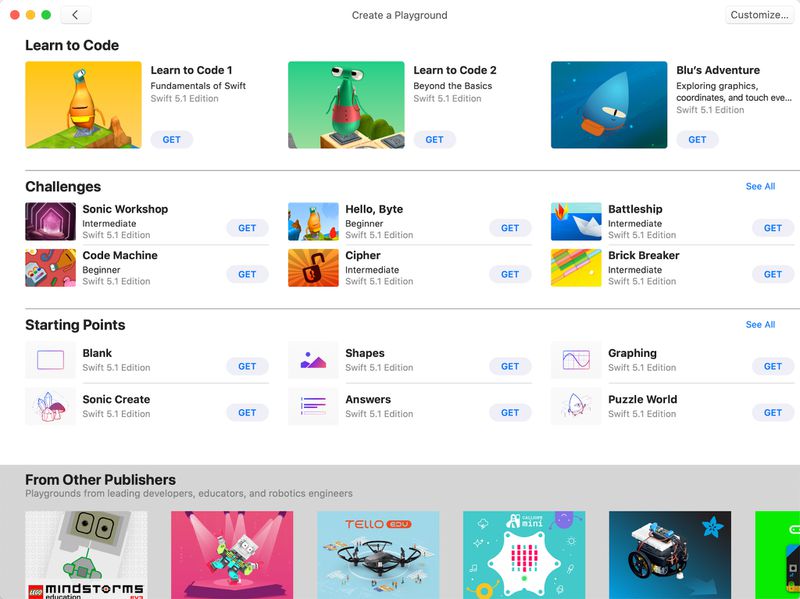 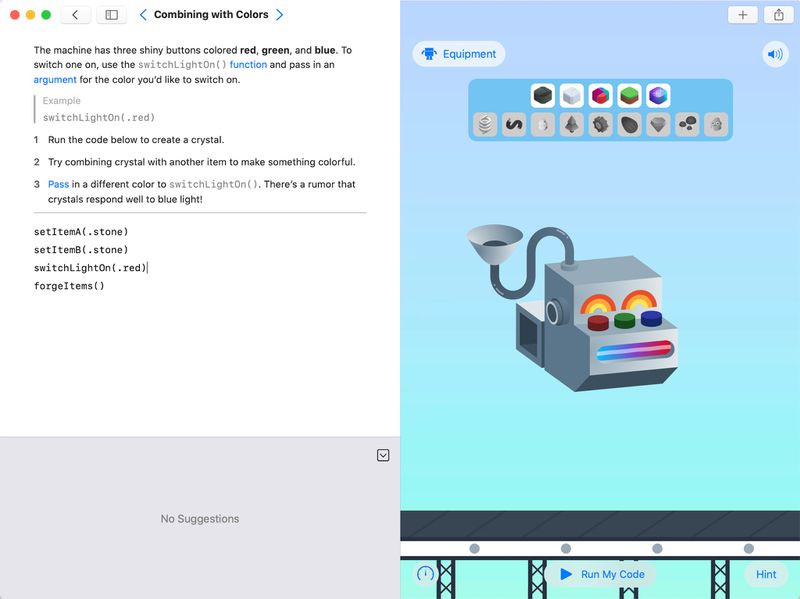 Swift Playgrounds is a revolutionary app for Mac and ‌iPad‌ that makes it fun to learn and experiment with code. You solve interactive puzzles in the guided "Learn to Code" lessons to master the basics of coding, or experiment with a wide range of challenges that let you explore many unique coding experiences.

Swift Playgrounds requires no coding knowledge, so it's perfect for students just starting out, from twelve to one-hundred-and-twelve. The whole time you are learning Swift, a powerful programming language created by Apple and used by professionals to build many of today's most popular apps. Code you write works seamlessly as you move between Mac and ‌iPad‌.

Swift Playgrounds for Mac is available from the Mac App Store as of today, and it is a free download. [Direct Link]

swingerofbirch
Very cool . . . and then I looked at the screenshots. Catalyst apps still look like a mess.

Mac is *the* product to code with in the Apple platform. This should be a native app.
Rating: 6 Votes

Appleman3546
I’m glad that it is available on the iPad, but this will be more useful on the computer. I am surprised it took so long to accomplish this.
Rating: 4 Votes

katbel
Too bad is for Catalina only: it’s not pushing me to update!! Keep using the iPad
Rating: 2 Votes

catalyst is native, or at least will be native. AppKit isn’t the future. Also iPad could become a very useful mobile development tool if Xcode and other development tools were allowed to thrive.


No developer is waiting to program on an iPad. You can keep saying the iPad is a pro device, but that doesn’t make it one. It’s suited for very specific niche tasks in a mobile environment or requiring touch like graphics design. But for even basic pro stuff like mail/office/project/file management it’s not suited (yet).
Rating: 2 Votes

Ah, so all those schools and students ought to be buying Macs instead of iPads? Forget about making learning to code affordable to the masses, about giving a kid with little money a route up into the middle class... No. You don't like the look of the ported app on Mac, so it ought to have been Mac-native all along.


What are you on about? He's not talking about getting rid of the iPad version of the app, he's saying if they're going to release it on the Mac as well, it shouldn't look so much like a port from the iPad.
Rating: 1 Votes

ElectricPotato
I would have soiled myself with such a wealth of technological teaching resources back in high school. This is great stuff.
Rating: 1 Votes