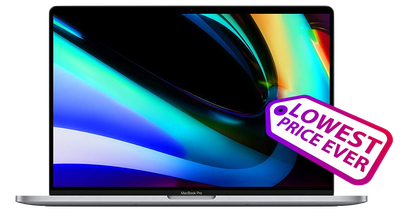 kstotlani
Nice deal but I am guessing 32GB RAM required to future proof your Mac. That config doesn’t have any discount.
Score: 1 Votes (Like | Disagree)

Best Buy has $200 off, but I'm pretty sure they'll price match Amazon.

Nice deal but I am guessing 32GB RAM required to future proof your Mac. That config doesn’t have any discount.

What future do you expect? Some people need more, but I don't. I was thinking the same as you, but changed my mind. My 2013 had 16gb, so I thought I should have more, because 6yrs later.

But watching the activity monitor, I can't begin to max out 16gb with everything running. I tried to prove to myself that I need 32gb, but I failed.

Not much difference between the two. At least between the 2013 keyboard and this one. I mean, I don't know Larry, and he might be smarter than me, but....

Keys feel a bit more solid, and a tad less travel. I can switch between old and new and hardly notice.

The actual click of the old track pad is nicer than the pretend click on the new machine, but I guess we can't have everything.
Score: 1 Votes (Like | Disagree)
Read All Comments