Alongside iOS and iPadOS 13.3, Apple has released new 13.3 software for the HomePod, with some bug fixes and performance improvements that build upon ‌HomePod‌ features introduced in earlier iOS 13 software releases.

Today's update improves the ability of ‌HomePod‌ to recognize the voice profile of family members, it allows individual family members to enable or disable personal requests, and it fixes an issue that could prevent music playback from resuming on a stereo pair following a call. 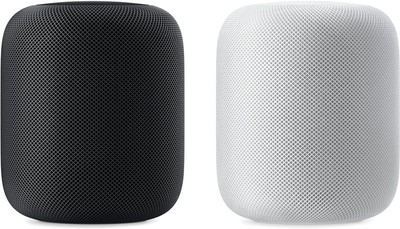 The new ‌‌‌HomePod‌‌‌ software will be installed automatically on the ‌‌‌HomePod‌‌‌, but you can also manually update and check your software version by following the instructions in our HomePod software how to.

The buggy Homepod should either not have been released or be $99. Can't recall how many hours I've spent trying to update it. The multi-user support couldn't be less intuitive and following Apple's support page instructions on how to enable and use it has yet to work properly. It's also sad that Siri remains a beta-level product which isn't much better than when the 4S was released, what 8 years ago? Apple seems determined to remain the joke of the voice-based personal assistant world.

$99? LOL. They're barely making any money off the HomePod. People don't understand the advanced tech in that device. If you don't like Siri, fine, but the microphones and speakers are unparalleled at the introductory price level.
Score: 3 Votes (Like | Disagree)

Hopefully this restores the ability to use them as an output for the Apple TV.

I've been doing that on mine with the existing prior software?
Score: 3 Votes (Like | Disagree)

Duncan-UK
I forlornly hope for some improvements in Siri - it is a truly woeful experience on the HomePod, and the last update took a huge backwards step in terms of syntax and a basic inability to recognise what I was saying. The number of times I request a track only for it to say that it is not in my music library... Frustrating beyond belief!
Score: 3 Votes (Like | Disagree)

hagar
When will they add new countries and languages? I purchased an imported HomePod, knowing it wouldn’t support Dutch, but how long can this take?

stupid question, I know, still waiting for Siri on ATV, which weirdly is supported in neighbouring countries (with the same languages). Oh Apple.
Score: 3 Votes (Like | Disagree)

anthony13
Any chance this restores some of the bass Apple stole from us earlier in the year?
Score: 2 Votes (Like | Disagree)

Thanks. I will update mine now
Score: 2 Votes (Like | Disagree)
Read All Comments

Monday July 13, 2020 6:50 am PDT by Joe Rossignol
Earlier this year, Apple agreed to settle a U.S. class action lawsuit that accused the company of "secretly throttling" older iPhone models. Now, eligible iPhone owners are beginning to be notified about their legal rights and options. Under the proposed settlement, Apple will provide a cash payment of approximately $25 to each eligible iPhone owner who submits a claim, with its total payout ...
Read Full Article • 116 comments

Monday July 13, 2020 9:31 am PDT by Juli Clover
Apple today shared a funny video focused on the problems that people working from home have to deal with, including noisy children, chaotic schedules, communication issues, and more. The video focuses on showing off Apple products and their capabilities that can be useful when working from home, such as the ability to scan a document with an iPhone, mark up a PDF, Siri Reminders, and more.The...
Read Full Article • 70 comments