The widely rumored "iPhone SE 2" might actually be named the iPhone 9, according to an "informed source" cited by Japanese blog Mac Otakara.

The report reiterates that the device will have a similar form factor as the iPhone 8, including a 4.7-inch display with bezels and a Touch ID home button, but with a faster A13 Bionic chip. 3GB of RAM is also expected. Like the original iPhone SE, the device is not expected to support 3D Touch. 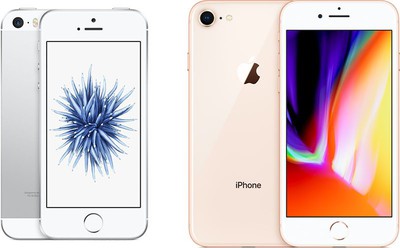 iPhone 9 would certainly be a more fitting name for the device given it sounds like more of an iPhone 8 successor than an iPhone SE successor. With a 4.7-inch display, the new device would be larger than the original iPhone SE with a 4-inch display, disappointing those who prefer a smaller phone.

The lower-cost iPhone, whatever it ends up being named, will likely start around $399 with 64GB of storage, and come in Space Gray, Silver, and Red, according to reputable Apple analyst Ming-Chi Kuo. Multiple reports have indicated the device will be released by the end of the first quarter of 2020.

The original iPhone SE was introduced at an Apple event in March 2016, so a March 2020 release is certainly possible for this next device.

AngerDanger
Considering the iPhone 9 will be newer than the X, XS, and 11, my vote is for "iPhone 9¾".

Bandaman
Their naming lately is mind-boggling.
Score: 28 Votes (Like | Disagree)

This new phone is an upgrade from the 8 (most likely) and the 8 will likely stop being sold.

And at the end of the day, it’s just a name.

eatrains
Too large of a form factor.
Score: 18 Votes (Like | Disagree)

Macshroomer
I’m so confused, do they not know how to count?
Score: 17 Votes (Like | Disagree)

BugeyeSTI
It wouldn’t surprise me if this rumor is true. The new phone is nothing like the SE
Score: 17 Votes (Like | Disagree)
Read All Comments