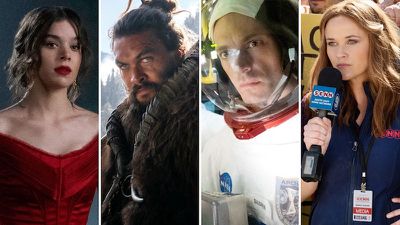 Over the past two weeks, more and more users have taken to the MacRumors forums, Twitter, Reddit and Apple's discussion pages to highlight the problem, which appears to be affecting not only new show episodes as they're made available, but existing episodes hosted on the service that previously worked in Dolby Vision HDR.

For example, early episodes of "See," "The Morning Show" and "For All Mankind" are no longer being streamed in dynamic Dolby Vision HDR, but revert back to static HDR in HDR10 format on TVs that officially support Dolby Vision. The same goes for brand new episodes of these shows that were released today, despite the fact that they still carry the Dolby Vision HDR support label on the summary screens.

Compared to static HDR10 which works uniformly across content, Dolby Vision HDR use dynamic image metadata that enables Dolby Vision-capable TVs to adapt the extended color gamut and increased contrast range of HDR on a scene-by-scene and even frame-by-frame basis. Losing the DV HDR support can result in scenes that look too dark, appear like a negative image, or have an odd tint to them.

Some users have suggested that the affected episodes may still be encoded in Dolby Vision and it's actually a bug in ‌Apple TV‌'s Match Dynamic Range feature that's preventing the set-top box from outputting the source content correctly. However, it seems more likely that Apple has removed support from the source content while it resolves a problem streaming shows in Dolby Vision.

It's worth noting that the problem doesn't currently seem to affect all shows on ‌Apple TV+‌ for at least some users. There are scattered reports that "The Elephant Mother" documentary and Apple's "Dickinson" show still appear to be streaming in full Dolby Vision HDR, as do some kids shows like "Snoopy in Space."

We've contacted Apple for comment on the issue and will update this article if we learn anything more.

Bit of a typo here!

Yeah, the correct title is Old Man and the See.
Score: 8 Votes (Like | Disagree)

AshleyHredone
Same here but more and more I’m also unable to play other apps streaming services due to not being HDCP (or similar) compliant. Compliance returns after restarting.....

Getting so fed up of all these bugs with Apple lately.
Apple never used to have so many bugs, updates and errors all over the place. I remember when it just all worked. Not so glitchy all the damned time. Getting very bored of it now.
Score: 5 Votes (Like | Disagree)

For example, early episodes of "Sea"

Seems to be still Dolby Vision HDR for me, at least for See and For All the Mankind ?

iRutherford
Why do I feel like I'm the only one who does not care about these fancy stuff? As long as I can view the show in 1080p, I'm good.
Score: 2 Votes (Like | Disagree)

mcshade311
I think this was just now fixed. This morning See episode 8 was only HDR10 now it's streaming DV.
Score: 2 Votes (Like | Disagree)
Read All Comments