Apple today announced a new employee benefit that's designed to ease the transition back to work for new parents, expanding on the 16 weeks of leave that parents are already provided with an additional four-week grace period.

Apple's head of retail and human resources shared details on the changes with Fast Company. 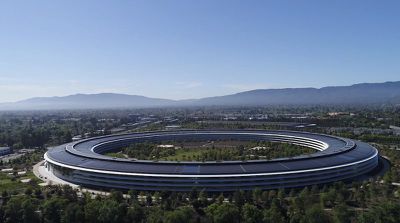 "What we find a lot of times is people are really excited to get back to work," says O'Brien, Apple's head of retail and human resources. "At the same time, [they] feel like they need to make sure things are really stable and successful at home. And that weighs heavy on people's minds, I think."

Apple's new policy will give parents a four-week period after returning from leave where they'll be paid like full-time employees but will have the flexibility to work part-time or set their own hours with a manager's oversight.

The updated transition period will be available to all new parents, including those who adopt or take in foster children (non-birth parents are allowed six weeks of paid leave rather than 16). Retail workers are also able to take advantage of the parental leave changes.

Along with the new transition period, Apple is expanding leave for adoptive parents by four weeks through a Paid Family Care benefit that lets parents take time off for family illness. Apple is also tripling its financial assistance for families that choose to adopt, providing up to $14,000 towards an adoption.

For all employees, Apple is improving its mental wellness benefits and will double the number of free counseling sessions available to employees per year along with providing telemedicine options.

According to O'Brien, Apple is hoping to make it easier for parents to ultimately return to work after a period of leave. "I think many times working parents feel like they need to deal with that quietly and make it seem perfectly seamless," O'Brien told Fast Company. "We all know life is complicated. So [we're] making it really clear that we're supporting them in that journey."

What about the infertile?

I work for Microsoft and we offer fertility services and adoption services assistance (money and resources). Adoptive parents receive the same time off as birth parents.

Why do you act like it’s a vacation? I’m currently on paternity leave and haven’t slept in the last two weeks.

Why do “non-parents” deserve something for not doing anything?
Score: 50 Votes (Like | Disagree)

MrTemple
Why do Americans put up with such pitiful parental leave?
Score: 29 Votes (Like | Disagree)

Saipher
Awesome news for Apple employees! I just wish such parental, and social in general, benefits would be the government standard nationwide (US) than an outlier from private company.
Score: 22 Votes (Like | Disagree)
Read All Comments

Thursday September 22, 2022 1:04 pm PDT by Juli Clover
Apple today released iOS 16.0.2, addressing a number of bugs that iPhone 14 owners have been experiencing since the new devices launched. iOS 16.0.2 comes two weeks after the launch of iOS 16, and it follows iOS 16.0.1, an update made available to iPhone 14 owners on launch day. The update is available for all iPhones that are capable of running iOS 16. The iOS 16.0.2 update can be...
Read Full Article • 278 comments

Thursday September 22, 2022 3:12 pm PDT by Joe Rossignol
Apple today explained why the new silicone ear tips for the second-generation AirPods Pro are not officially compatible with the original AirPods Pro. In an updated support document, Apple said the original AirPods Pro ear tips have "noticeably denser mesh" than the second-generation ear tips. Apple did not provide any additional details, but the mesh density could result in acoustical...
Read Full Article • 96 comments