Complaints Mounting About iOS 13.2 Being 'More Aggressive at Killing Background Apps and Tasks'

A growing number of iPhone and iPad users have complained about poor RAM management on iOS 13 and iPadOS 13, leading to apps like Safari, YouTube, and Overcast reloading more frequently upon being reopened. We've lightly edited some of the comments to correct things like capitalization. 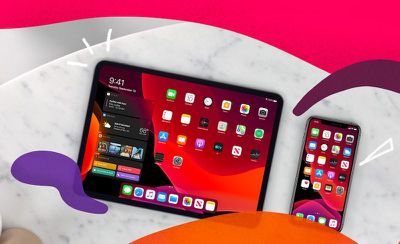 I was watching a video in YouTube on my iPhone 11 Pro. I pause the video to respond to a text message. I was in iMessage for less than one minute. When I returned to YouTube it reloaded the app and I lost the video I was watching. I noticed this a lot on my iPad Pro too. Apps and Safari tabs reloading a lot more frequently than they did in iOS 12. Very annoying.

I was working on a spreadsheet in Excel and I switched to a YouTube video for like 10 mins or so and when I switched back, the app was no longer in memory. Not just that, it also flushed all Safari tabs out of memory too. None of the games are staying in memory after 20 mins.

iOS 12 was perfect and [I] miss it for the main reason that any time I use the app switcher to go back to my previous app such as Safari or Instagram or Facebook or anything really, the app refreshes. Back in iOS 12 I could go back [to] multiple app(s) and it wouldn't refresh. It was perfect. I'm running on an iPhone 7 Plus if it makes any difference but feel it shouldn't.

Based on anecdotal comments from affected users, the issue appears to have become worse as of iOS 13.2 and iPadOS 13.2. Artist, designer, and developer Nick Heer wrote this on his blog yesterday:

I'm used to the camera purging all open apps from memory on my iPhone X, but iOS 13.2 goes above and beyond in killing background tasks. Earlier today, I was switching between a thread in Messages and a recipe in Safari and each app entirely refreshed every time I foregrounded it. This happens all the time throughout the system in iOS 13: Safari can't keep even a single tab open in the background, every app boots from scratch, and using iOS feels like it has regressed to the pre-multitasking days.

On his blog, developer Michael Tsai has rounded up similar complaints on Twitter.

I've noticed this since the first 13.2 betas, and Overcast users keep reporting it as well: background apps seem to be getting killed MUCH more aggressively than before.

(Especially on the iPhone 11 if you use the camera, presumably because it needs so much RAM for processing.)

Every single app on my iPhone 7 iOS 13.2 gets killed every time I close. No backgrounding. And each tab on Safari when I move to a new one. So frustrating

In yesterday's update we rolled out a semi-cheesy but effective fix: "Connection Keeper" keeps a running GPS-based log of where you connect to servers. Side effect: connections stay alive.

More complaints are found in this Twitter thread, in this Reddit thread, in the Apple Support Communities, and elsewhere on the web.

Same. I was writing an email, swiped to Safari and then went back and the entire thing was gone — Austin Evans (@austinnotduncan) October 23, 2019

Affected users are hoping this issue can be resolved in a future software update. We've reached out to Apple for comment.
[ 600 comments ]

turbineseaplane
It's very "meta" to do an article on MacRumors that quotes a whole bunch of posts from the MacRumors Forums... lol
Score: 51 Votes (Like | Disagree)

VSMacOne
I refuse to believe that this is intentional. It HAS to be a bug, otherwise this is a HUGE step backwards.
Score: 50 Votes (Like | Disagree)

ThisBougieLife
They keep assuring us we don’t need more RAM, but then if so, it needs to be managed a lot better than this. The iPad will never be a laptop replacement if apps continuously refresh.
Score: 43 Votes (Like | Disagree)

madmin
We reached out for a comment from Apple, they replied: "Trick or Treat !?"
Score: 34 Votes (Like | Disagree)

andsoitgoes
I’ve had this issue and have been reporting it since the first bloody beta. Lots of people on the iosbeta sub are also experiencing this same issue.

I CANNOT believe apple released 13.2 with that garbage memory management in play, it’s not like they weren’t aware! Sheesh Apple.
Score: 21 Votes (Like | Disagree)
Read All Comments