So many AirPods have been lost in New York City subway tracks in recent months that the MTA is considering initiating a public service announcement urging commuters to refrain from taking ‌AirPods‌ on or off while entering or exiting trains, a spokesperson for the transit agency told The Wall Street Journal.

Ashley Mayer recovered her ‌AirPods‌ with a broom and duct tape
The PSA would hopefully alleviate the delays caused by the numerous ‌AirPods‌ that fall between the cracks each day:

"They're tiny. They're hard to find," said Steven Dluginski, an MTA maintenance supervisor. Given the darkened tracks where they drop, he said, "the only saving grace is that they're white."

AirPod rescues from New York City subway tracks ramped up in March, when Apple released a new version, Mr. Dluginski said. This summer has been the worst, possibly because the heat and humidity on subway platforms makes the ears and hands of New Yorkers pretty sweaty, he guessed.

Transit workers use a pole that extends to about 8 feet and has two rubber cups on the end that can be squeezed together to grab small objects. The "picker-upper thing," Mr. Dluginski called it.

Around noon on a recent Thursday, Mr. Dluginski's team had received 18 requests to fetch lost items. Six were for ‌AirPods‌. "It's job security, as far as we're concerned," the maintenance boss said.

While the location of ‌AirPods‌ can be tracked using the Find My iPhone app, the earphones often become trapped in hard-to-reach places due to their small size. This led The Wall Street Journal to highlight the extravagant measures that some customers have taken to recover their lost ‌AirPods‌:

Passenger Ashley Mayer recently live-tweeted a track rescue in a lull between passing trains. One photo, featuring the caption "game on," showed her purchasing a broom and duct tape. She used the contraption to nab the AirPod from the tracks, which can be dotted with rats.

In an extreme case, well-known Apple analyst Gene Munster admitted that he has apparently lost 10 pairs of ‌AirPods‌.

Apple charges $69 for a replacement AirPod in the United States, totaling $138 for a pair. Replacement charging cases are also available for $59, while the wireless ‌AirPods‌ charging case is sold separately for $79.

Zxxv
If only they could put some kind of cable on them. Would solve the issue. Could even have the cable connect to the iPhone and power them. That would be some innovation.
Score: 36 Votes (Like | Disagree)

In an extreme case, well-known Apple analyst Gene Munster admitted that he has apparently lost 10 pairs of AirPods.

Welp, this is it—the single best MR article ever written.

I know it's close to September 10, but I think we can pretty much shut things down now.
Score: 34 Votes (Like | Disagree) 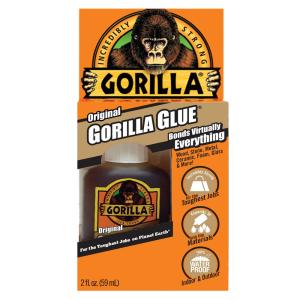 jjudson
These things were always dumba** ideas, anyway. There was even a joke commercial about people losing them a while back:

dannyyankou
I’ve been a day 1 owner, never lost an AirPod. You have to be careful.
Score: 21 Votes (Like | Disagree)

Tuesday September 15, 2020 12:26 pm PDT by Juli Clover
Apple today announced Apple One, a series of new subscription bundles that provide access to various Apple services at a combined monthly price. In response, Spotify sent out statements (via Peter Kafka) to the press decrying Apple's anti-competitive behavior and calling on "competition authorities" to stop Apple before it is able to cause "irreparable harm" to developers.Once again, Apple...
Read Full Article • 409 comments

Wednesday September 16, 2020 12:47 pm PDT by Juli Clover
Apple today released watchOS 7, the newest version of the watchOS operating system designed to run on modern Apple Watch models. The watchOS 7 update comes after several months of beta testing. ‌watchOS 7‌ can be downloaded for free through the dedicated Apple Watch app on the iPhone by going to General > Software Update. To install the new software, the Apple Watch needs to have at...
Read Full Article • 87 comments

Monday September 14, 2020 12:22 pm PDT by Juli Clover
The new 3A283 firmware that Apple released for the AirPods Pro today appears to introduce support for Spatial Audio, a new feature coming to the higher-end AirPods with iOS 14. Multiple reports on Twitter and the MacRumors forums indicate that the firmware update adds a "Spatial Audio" option to the Control Center, which can be activated to enable the feature. Note that using Spatial Audio...
Read Full Article • 420 comments

Tuesday September 15, 2020 2:55 pm PDT by Juli Clover
Apple today announced the Apple Watch Series 6 and the Apple Watch SE, both of which will be compatible with new watch faces that are being introduced in the watchOS 7 update set to be released tomorrow. Apple has provided a video highlighting all of the new Apple Watch faces, with details on each one. GMT - The GMT face shows multiple time zones at once, while also taking into...
Read Full Article • 79 comments

Thursday September 17, 2020 3:36 pm PDT by Juli Clover
Apple today released the first beta of iOS 14.2 to developers for testing purposes, and the new update introduces a Music Recognition control for the Control Center. The new feature lets you discover music playing around you and it recognizes the music playing with in apps, even when you're wearing AirPods. Songs pop up as notifications, and you can tap to listen in Apple Music....
Read Full Article • 54 comments