Nintendo has released its latest iOS game, Dr. Mario World, one day early. Players can head to the iOS App Store now [Direct Link] and download the game for free today in the United States and many other regions (via TouchArcade). 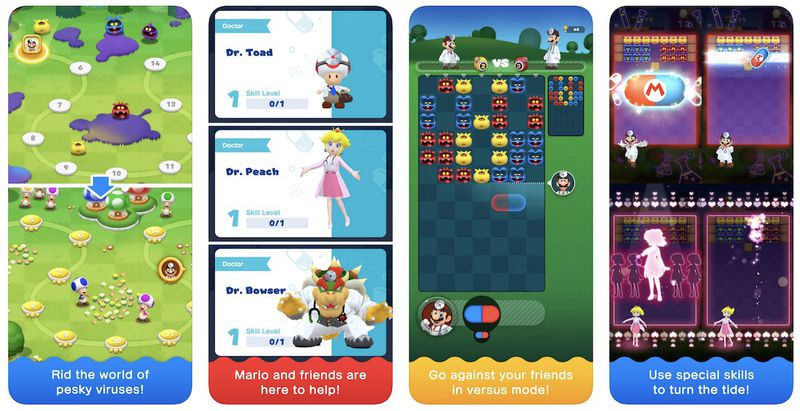 Dr. Mario World is a puzzle game that tasks players with matching capsules with viruses in order to clear every virus on the board. In addition to Mario, other well-known Nintendo characters that appear in the game include Peach, Bowser, Koopa Troopa, Goomba, and more.

Each character has specific skills related to eliminating the viruses, and players can assign each one to the doctor and assistant role to experiment with various character skill combinations. In total, Dr. Mario World has over 100 stages across a series of worlds, and Nintendo will update the game with new worlds, doctors, and more on a regular basis.


The game also supports a multiplayer feature that lets you play with friends and family around the world in a versus mode, or help one another out by sending and receiving hearts that you can use in single player mode.

Porco
I think I'm going to ask to get a second opinion.
Rating: 4 Votes

joeblow7777
People sure love to complain about something that’s free.
Rating: 3 Votes

Why does Dr. Peach have to be in a pink robe instead of a regular white robe?


At least she’s a doctor and not a nurse.
(No offence to nurses)
Rating: 3 Votes

People sure love to complain about something that’s free.


I don't see anything free here. 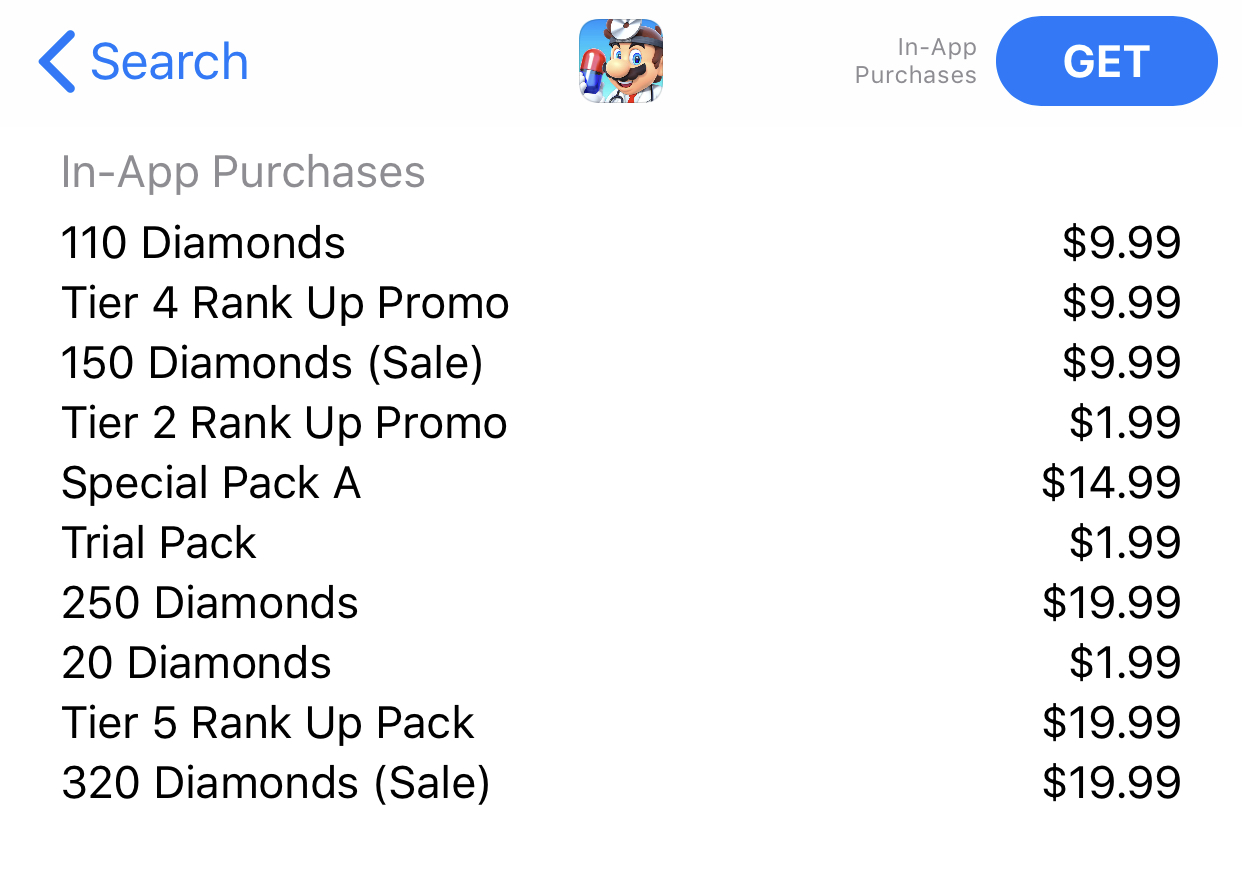 tkukoc
This is just bad all around. Graphics are slow, almost spoon fed nonsense constantly on screen. Doesn't use screen real estate well at all, you basically play in the middle of the screen. The "extra" items are simply not necessary and are only in there to compete with candy crush, similar type games. Mario and the characters are fun.. however voices are horrible, not to mention do not match characters on screen. Sound effects are nothing like the original game either, leaving those who wanted some old school memories to shine though will be disappointed. I'd say wait for Mario Kart.. but I feel that is going to be a massive disappointment too. Ah well.
Rating: 3 Votes

People sure love to complain about something that’s free.

This is MacRumors...all people do is complain
Rating: 2 Votes

I can't believe that, in 2019, games still don't let you use iCloud for saving the game. That's an ugly way to force you having the app installed on your device...

I wish iCloud save games was mandatory for every new game. At least, giving us the option.


Looks like you can do this through a Nintendo Account. You’re right though, all iOS games should allow for cloud saves through iCloud.
Rating: 2 Votes

People sure do like to be passive aggressive with their judgment of others when they should reflect on things they may be able to positively change in their own life.

I don't see anything free here.

Just me or this is usually an indication that I don't want to play this game anyway? I prefer games that you pay upfront - not fremium games that try to get you to buy gems/diamonds every 5 mins of gameplay. I grew up with different games, not clash of clans so ... I may be getting old.
Rating: 1 Votes

You and me both, it seems.


We should seek help together, push each other to achieve greatness, and stop our passive aggressive judgements. I’m with you brother.
Rating: 1 Votes
[ Read All Comments ]