Target this week announced a recall of "HeyDay" 3-foot Lightning to USB-A Charging Cables, which were sold between June 2018 and January 2019 at Target stores.

Target sold approximately 90,000 of the cables, which can cause electric shock or fires due to the metal around the cord. 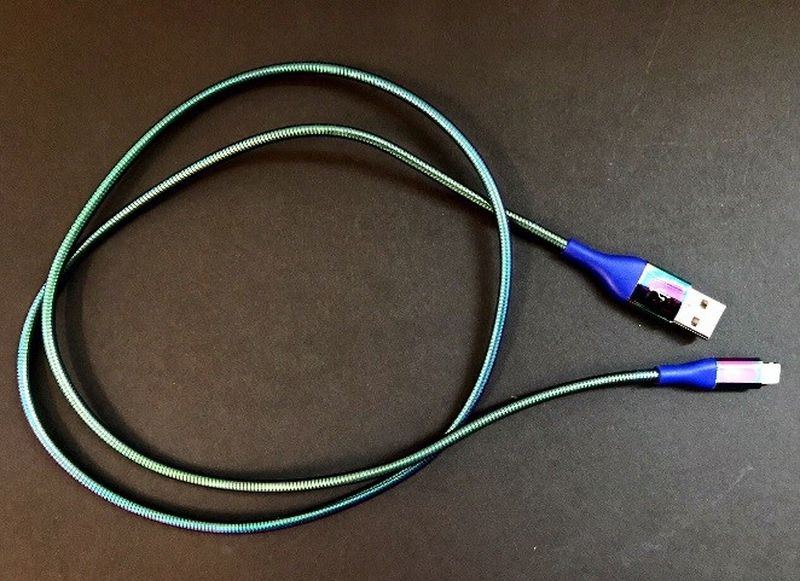 The metal around the cord can become electrically charged if it contacts the USB wall charger plug prongs while charging, posing shock and fire hazards.

The charging cable is purple, green, and blue iridescent and is designed to charge Apple's iPhones and iPads. The word "Heyday" is printed on the cable's connector, and there's a 080 08 8261 model number on the packaging.

Target is offering customers who purchased these cables a refund and recommends anyone who purchased a cable stop using it immediately and return it to a Target store for a full refund.

hortod1
Might want to consider renaming it to ‘MayDay’ while they’re at it
Rating: 4 Votes

ikramerica
Dont return them. Just make sure the USB adapter is fully plugged into the wall.

Further. Using these in a car or with a mac poses no risk.
Rating: 3 Votes

H3LL5P4WN
This is why I don't buy trash cables.

Apple or Anker, only.
Rating: 3 Votes


Basically we're not allowed to have metal objects anymore because they can cause shocks...
Rating: 1 Votes

biffuz
Or maybe you can move to a country where outlets don't try to kill you.
Rating: 1 Votes

This is why I don't buy trash cables.

Apple or Anker, only.

brinary001
Oh great, I use one of these almost every day at home. But not anymore I guess...
Rating: 1 Votes
[ Read All Comments ]