Questionable Rumor Says iOS 13 Will Drop Support for iPhone 5s, iPhone 6 and 6 Plus, and iPhone SE

iOS 13 will not be compatible with the iPhone 5s, ‌iPhone‌ 6, ‌iPhone‌ 6 Plus, or iPhone SE, and support for the original iPad Air and iPad mini 2 will also be dropped, according to a questionable rumor tipped to us by French blog iPhoneSoft.fr. 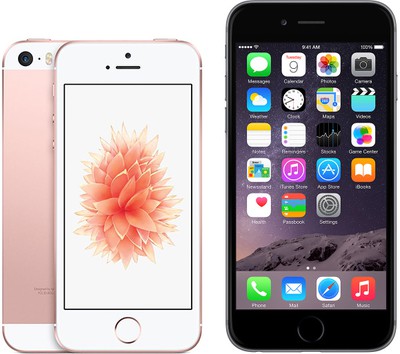 This is at least the second time we've heard this rumor this year, but it remains questionable for a few reasons. For one, the ‌iPhone SE‌ uses the same A9 chip as the ‌iPhone‌ 6s and the fifth-generation iPad, so it would seem inconsistent if the ‌iPhone SE‌ was dropped but the latter two devices remained supported.

It could be theorized that Apple wants to drop support for iOS devices with 4-inch displays, including the ‌iPhone‌ 5s and ‌iPhone SE‌, but there is again some inconsistency there, as the sixth-generation iPod touch will allegedly run iOS 13.

This rumor would be significant if accurate, however, as the ‌iPhone‌ 6 and ‌iPhone‌ 6 Plus in particular were tremendously popular devices that are likely still in the hands of many millions of customers. Meanwhile, the fan-favorite ‌iPhone SE‌ was only released just over three years ago, in March 2016.

iOS 13 is expected to be unveiled at Apple's annual WWDC keynote on June 3, so we'll find out for sure in less than a month.

oneMadRssn
When has Apple ever dropped OS support for a device that it was selling as new just a year ago? Never.
Score: 35 Votes (Like | Disagree)

Seems that the cut off is based on ram as the SE and the 6S plus have the same chip.

They also have the same ram, 2gb in both, so it's not that.

Dropping the SE at this point would be unforgivable IMHO. It's identical internally to a 6S and younger too.
Score: 32 Votes (Like | Disagree)

DoctorTech
I could see them dropping the 5s but I really doubt they would drop the 6 or 6s. I have 2 daughters who are going to be upset if they drop support for the SE. They love the size of their SEs and have held onto them rather than upgrading to newer, larger phones.
Score: 29 Votes (Like | Disagree)

DanGoh
I can see the 6 and 6 Plus being dropped as they have 1GB of RAM and is almost 5 years old, but having the SE being dropped would suck.
Score: 25 Votes (Like | Disagree)

Pafoofnik
Apple just sold their remaining inventory of brand new SE's online a few months ago, of which I bought one. They had three of these SE dumps over a few week's time. If the rumor is true and my two SE's will no longer be upgradable, I will begin a campaign of forced obsolescence for corporate CEO's, too.
Score: 15 Votes (Like | Disagree)
Read All Comments

Sunday August 1, 2021 6:21 am PDT by Sami Fathi
Models of the Apple Watch Series 6 with titanium cases part of the "Apple Watch Edition" collection is currently widely unavailable for pick-up in several of Apple's retail stores in the United States and is unavailable entirely for delivery in major markets. Noted by Bloomberg's Mark Gurman in the latest edition of his "Power On" newsletter, titanium models of the Apple Watch Series 6,...
Read Full Article • 104 comments