Apple today announced it has nearly doubled the number of suppliers that have committed to run their Apple-specific production on 100 percent renewable energy, bringing the total number to 44. 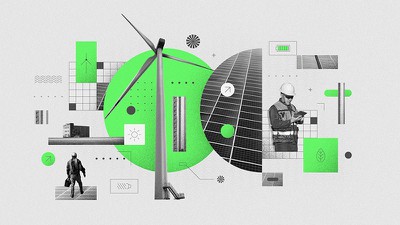 Apple now expects to add five gigawatts of renewable energy to its supply chain by 2020, exceeding its goal of four gigawatts in that timeframe.

Apple says that manufacturing makes up 74 percent of its carbon footprint. To address this, Apple and its suppliers have invested in or procured a mix of clean energy technology, including wind and solar. Apple has also further expanded its supplier education and support initiatives.

Apple also announced that it has allocated all of its $2.5 billion in green bonds, the largest amount of any U.S. corporation. Through this, the company says it has contributed to 40 environmental initiatives around the world, including projects Apple has created to cover its entire electricity load.

Apple's Green Bonds also support environmental research and innovation. Projects include solar rooftops in Japan, an aquifer to conserve water in Oregon, and the creation of a custom alloy made of 100 percent recycled aluminum that is now found in the latest MacBook Air and Mac mini.

A year ago, Apple announced that its global facilities, including retail stores, offices, and data centers, are now powered with 100 percent renewable energy.

pike908
How can people be duped so easily by tech companies that wave the green flag is beyond me especially tech companies who whole business model is to get you to throw away a perfectly good device every year or two. Electronic devices, especially smartphones, consume a lot of resource during manufacturing including minerals that are environmentally taxing ie lithium.

Apple’s devices last more than a year or two, don’t they? And Apple’s recycling program is second to none, right? Please share with us all the companies that do it better.

Apple’s doing more than their fair share; give credit where it’s due. I don’t think you can blame them for others’ high carbon footprints.

btw if you throw any Apple device in the trash, shame on you.
Score: 22 Votes (Like | Disagree)

Despite all the blindfolded unicorns here who see critical thinking as negativity, I cannot stress how much I appreciate the voices of reason like yours.

Apple will probably never go modular and as such will never be seen as green to me. Period.
Score: 17 Votes (Like | Disagree)

afir93
Regardless of what you may think of Apple's current shortcomings in other areas, this is something we should appreciate about them. Apple seems to at least be doing a lot more in this area than most other big companies at the moment.
Score: 14 Votes (Like | Disagree)

I really don't get your "all-or-nothing" type of attitude on this topic. We can applaud Apple for the things they do well for the environment while still criticizing and calling them out for areas where they could do better. And the matter of fact is, in certain areas they currently do significantly more than most if not any other big tech company; they put a lot more effort and money in than they had to or than anyone forces them to do. In other areas, not so much, I don't disagree about that. But should we not acknowledge the things they do well and that we want other companies to follow just as much as we condemn Apple in areas where they don't like the right-to-repair controversy that you mentioned?

This whole "it doesn't matter how much good you do for the environment, as long as you still do this unrelated bad thing x" attitude is exactly one of the reasons why some people stop caring about the environment altogether. If they are wrong for appreciating literally anything that helps preserve the environment, then why bother at all? If people who start doing incremental steps toward helping and preserving the environment are immediately met with a "you don't truly care about the environment unless you never buy a tech product again" type-of gatekeepers who try to tear apart all their effort, then they'll just lose interest in doing anything at all for it.

Besides, if you're throwing Apple products in the trash and always buy the newest iPhone each single year, then that's much more your own decision than Apple's. They are doing a lot more to make their phones last longer than the competition. The iPhone 5s turns 6 years old this year and it's still a decent, very functional device that receives all the newest software updates to this day; chances are that any iPhones sold today can last you even longer than 6 years if they need to. Compare that to most Android phones that receive software updates for a year or two and that's it, they are swiftly ignored and forgotten by the manufacturer. Not to mention Apple's excellent recycling programs if you do decide to "throw away" the phone in the end, or their resale values that usually hold up well compared to competitors and incentivize you to resell the phone or Mac as opposed to throwing it in the trash, etc.etc.

I'm all for pointing out Apple's shortcomings in environmental areas, but we should also give them credit where credit is due, and there are currently many areas where Apple currently goes the extra mile that other manufacturers don't even seem to think of. The whole "everything they do is automatically bad" and "no good deed matters" attitude that you seem to have towards this whole topic is equally dangerous than those who just ignore all of Apple's shortcomings and praise them for every disaster. Why not let users appreciate news like this without taunting them for not immediately responding with a list of completely unrelated topics in which Apple's environmental efforts could be better?
Score: 11 Votes (Like | Disagree)

Classie
This is why I support Apple!
The first news in a long time that is purely 100% positive :)
Score: 9 Votes (Like | Disagree)
Read All Comments

Tuesday May 18, 2021 5:39 am PDT by Joe Rossignol
Apple plans to launch new 14-inch and 16-inch MacBook Pro models with an improved iteration of the M1 chip as early as this summer, according to Bloomberg's Mark Gurman. The new chip is said to include a 10-core CPU with eight high-performance cores and two energy-efficient cores, with 16-core or 32-core GPU options. Gurman said the next-generation Apple silicon chip will also support up to...
Read Full Article • 182 comments

Sunday May 16, 2021 4:04 pm PDT by Sami Fathi
Earlier today, Apple Music began teasing a special announcement with the tagline "Get Ready – Music is About to Change Forever." This teaser comes amid a rumor that Apple is preparing to announce the third-generation AirPods alongside a HiFi, or lossless audio streaming tier for Apple Music on Tuesday, May 18. Now, references to "Apple Lossless," "Free Lossless," "Hi-Res Lossless," and...
Read Full Article • 140 comments

Monday May 17, 2021 8:29 am PDT by Joe Rossignol
Apple Music's incoming Spatial Audio with Dolby Atmos and Lossless Audio features will be available in June on devices running iOS 14.6, iPadOS 14.6, macOS 11.4, and tvOS 14.6 or later, according to Apple. Apple said thousands of tracks will be available in Spatial Audio with Dolby Atmos at no additional cost, with more added regularly. Already available on the AirPods Pro, Apple describes...
Read Full Article • 187 comments