Apple Pay appears to be on the cusp of another European expansion, with upcoming availability in at least seven additional countries. 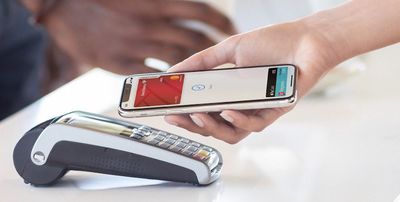 Hey André, it's true! 😊 Apple Pay will be coming to Portugal soon, please keep an eye out on our social media for further updates on the release! — N26 Support (@N26_Support) March 27, 2019

Slovakian bank Slovenská sporiteľňa confirmed that it will start supporting ‌Apple Pay‌ later this year, as reported by Zive.sk.

‌Apple Pay‌ has been gradually expanding across Europe and the Middle East, including Belgium and Kazakhstan in November, Germany in December, and Czech Republic and Saudi Arabia last month. Apple said the service, which debuted in the U.S. in October 2014, will be available in over 40 regions by the end of 2019.

(Thanks, André and Aurel!)

Bram.96
Ok this is getting ridiculous. Like honestly, almost every country in the EU has or is gonna get Apple Pay besides The Netherlands, one of the biggest economies in the EU. What is the holdup? I’ve used Apple Pay using a workaround via bunq here in the Netherlands and have had zero places where I couldn’t use it, so that can’t be it. ING, which is a Dutch bank, supports Apple Pay in several countries so you already have two banks down here who theoretically could support it.
Score: 16 Votes (Like | Disagree)

Letterb
Absolutely pathetic that it's not here yet in the Netherlands. I don't know whose fault this is, but I find it quite bad.
Score: 14 Votes (Like | Disagree)

pjotr90
Yes lets email Tim to ask why it isn’t available in the Netherlands. It’s weird. All our neighbours have it.
Score: 12 Votes (Like | Disagree)

ipedro
This is great. I travel frequently to Portugal and even though they have tap payments, Apple Pay fails more often than not. It’ll be good to be able to just carry my Watch or iPhone like I do in Toronto. Wallet Free since 2016.

Portugal has a very strong cashless culture with their bank machines a central part of every day life. Apple Pay will do very well there.
Score: 9 Votes (Like | Disagree)

Applepay. Just another way for apple to get their grubby mitts into your wallet.

Paying for stuff the other way was just SOOOO hard. Thank god apple has come along to make our first world lives ever so slightly easier.

Ok this is getting ridiculous. Like honestly, almost every country in the EU has or is gonna get Apple Pay besides The Netherlands, one of the biggest economies in the EU. What is the holdup? I’ve used Apple Pay using a workaround via bunq here in the Netherlands and have had zero places where I couldn’t use it, so that can’t be it. ING, which is a Dutch bank, supports Apple Pay in several countries so you already have two banks down here who theoretically could support it.

I'm with ABN AMRO and wallet is supported (for ages now) on all Android devices. iPhone not. Bloody joke, mate.
[doublepost=1553693607][/doublepost]Personally I think it's an Apple Greed problem. Banks here don't take too kindly to giving a cut to Apple and the Netherlands has the one of the best banking infrastructure in the world and we had PIN payments before most other countries.

Interesting article here about it:
https://www.nu.nl/mobiel/5623808/waarom-er-nog-geen-apple-pay-in-nederland.html
Score: 5 Votes (Like | Disagree)
Read All Comments