Apple has recruited a former Facebook employee who went on to become one of the social network's most ardent critics, reports The Financial Times (paywall). Sandy Parakilas monitored the privacy and policy compliance of Facebook developers for 18 months before leaving the social network in 2012. 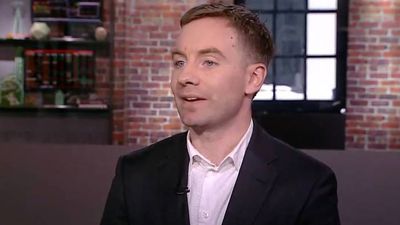 Sandy Parakilas talking to Bloomberg
During his time at the company, Parakilas felt his concerns about its data-sharing policies were downplayed, according to FT.

Last year, following the Cambridge Analytica scandal, Parakilas also gave evidence to the British parliament's digital, culture, media, and sport committee, and told MPs that Facebook's data protection practices were "far outside the bounds of what should have been allowed" between 2010 and 2014.

Mr Parakilas has urged the tech industry to improve its data protection practices, increase the use of encrypted messaging and "verify the truth of statements that can be viewed by millions of people".

"We now live in a world where racist demagogues and their dictator buddies can cynically exploit our tools to seize power," he wrote in a blog post in late 2016. "There is no such thing as a 'neutral platform'. Facebook, Twitter and Google all profited from this perversion of democracy."

According to FT's sources, Parakilas will work in Apple's privacy team as a product manager, an internal-facing role designed to ensure that new products in development protect users' privacy and minimize data collection.

Apple has made much of its privacy focus in recent years. In 2018, CEO Tim Cook singled out user privacy a "core value" of Apple's that reaches way back to before smartphones had become a feature of people's daily lives.

Recently, in the heart of Las Vegas where the Consumer Electronics Show is currently underway, Apple put up a giant sign touting the security of its devices to remind the tech industry of its heavy emphasis on privacy.

Apple does not have a presence at the show, but CES attendees will be seeing products from companies with less of a privacy focus like Google and Amazon.

djlythium
Say it with me:

Scottsoapbox
Turned complaining about Facebook into a job. You really can monetize anything in this new economy.
Score: 7 Votes (Like | Disagree)

Please. Another leftwing loon screaming about the end of the world because they lost a single election, all the while advocating Soviet-style information control so they can make sure the public only hears “The Truth”.

Porco
Congratulations to him, I hope he is successful in his new role. No doubt his past experience will be of great value.

Not wanting to invite problems, but might I humbly suggest this story/comments thread be placed in the PRSI section, given it directly addresses political and social views and issues, unlike many other articles that still find themselves there for merely tip-toeing around them...?
Score: 6 Votes (Like | Disagree)

Jimmy James
Privacy and data collection practices will be the winning combination for the long game. So far, Apple is nailing it.
Score: 3 Votes (Like | Disagree)
Read All Comments

Sunday January 16, 2022 8:56 am PST by Sami Fathi
Continuing the tradition set with the iPhone 13 Pro, only the highest-end iPhone 14 models will feature Apple's ProMotion display technology, according to a respected display analyst. Ross Young, who on multiple occasions has detailed accurate information about Apple's future products, said in a tweet that ProMotion will not be expanded to the entire iPhone 14 lineup and will remain...
Read Full Article • 82 comments