Apple is to be investigated by an investor rights law firm for potential securities fraud following yesterday's revised Q1 2019 earnings guidance for the company, it emerged on Wednesday. 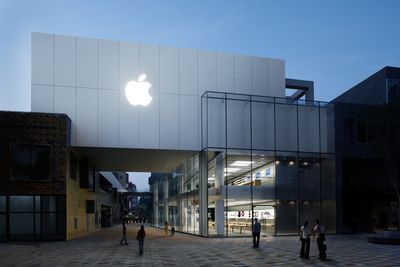 Bernstein Liebhard LLP, which calls itself "a nationally acclaimed investor rights law firm," announced on its website that it was investigating the fraud claims on behalf of Apple shareholders, based on "allegations that Apple and/or its executives may have issued materially misleading business information to the investing public."

The firm's complaint with Apple focuses on comments about China made by CEO Tim Cook in his November Q4 2018 earnings call, compared to what he told investors yesterday.

In his letter on Wednesday, Cook revealed that Apple expected to end the quarter with $84 billion in revenue, which is down more than 7 percent from the $89 billion to $93 billion forecast the company predicted at the end of the last fiscal quarter 2018.

Cook put the revised guidance down to "lower than anticipated iPhone revenue, primarily in Greater China, [which] accounts for all of our revenue shortfall to our guidance and for much more than our entire year-over-year revenue decline."

The statement contrasts with Cook's comments on China during Apple's November Q4 2018 earnings call, in which he told investors that "our business in China was very strong last quarter. We grew 16 percent, which we're very happy with. iPhone in particular was very strong, very strong double-digit growth there."

Essentially, Bernstein Liebhard claims that the difference between the two statements represents "materially misleading business information" that has subsequently "damaged investors." It remains unclear how those allegations will stand up to scrutiny in a law court, however.

Following Cook's earnings call yesterday, Apple's stock fell almost $12 per share, or over 7.5 percent, during aftermarket trading hours. The downgrade also sent shares in other companies with exposure to China tumbling over fears that the slowdown could affect other markets.

Cook said that the timing of the iPhone XS, XS Max, and XR launch compared to the timing of the iPhone X launch last year were set to impact year-over-year comparisons, as would the strength of the U.S. dollar. Cook also said that customers taking advantage of "significantly reduced pricing for iPhone battery replacements" was also a factor that led to fewer upgrades in 2018.

There will be a bunch of law firms jumping on the bandwagon. They smell blood in the water.

A losing bandwagon, that is.

Guidance is not a guaranteed result by any means, and the firm correctly warned investors about the revenue miss well before earnings, also confirming an all-time record EPS for the quarter.
Score: 6 Votes (Like | Disagree)

philvid2
I don’t think it is that clear that the case is merit less.

Cook now:
“While we anticipated some challenges in key emerging markets, we did not foresee the magnitude of the economic deceleration, particularly in Greater China ... China’s economy began to slow in the second half of 2018 (includes Apple’s Q4). The government-reported GDP growth during the September quarter was the second lowest in the last 25 years.”

I guess the argument is that Apple knew, or ought to have known, of China’s economic conditions by the November statement, and that making such a positive statement was misleading given that Apple knew of the economy slowing down.
Score: 6 Votes (Like | Disagree)

The thing is, the law firm is correct. In the space of two months, Tim Cook has given two completely different versions of events to Apple's investors. In November he basically says the future is bright in China, business grew 16%. This is good news for investors, hence they would be investing more in Apple businesses in China. Now, a month later, Tim Cook say's the complete opposite, that growth in Greater China has been slow and it is something they knew about. If that was the case he should have given a more cautious investor outlook speech back in November. The fact he didn't clearly shows Apple mislead it's investors.

The FTC could also investigate because the very positive speech in November would have increased Apples stock value immensely, meaning a few people would have made a few extra billion. Then a month later to announce to investors that things have not worked out, which would naturally have an affect on Apples stock, critics could argue that it is stock market manipulation, something which is against the law.

Apple would have known way in advance if there was a possibility of China's growth slowing or not, that is why companies such as Apple pay economists the huge sums they do to be able to predict a countries economic growth or slowdown.

Apples revenue guidance for this quarter had already included the concerns reported yesterday. If I remember correctly, Apples guidance was lower than analysts were expecting/hoping. The problem that required the letter yesterday is the magnitude of these concerns being far greater than previously expected 60 days ago.

I don’t recall Tim Cook making any statement that “growth is off the charts in China with no end in sight! We’re going to kill it next quarter!”
Score: 5 Votes (Like | Disagree)

H3LL5P4WN
So... Apple admits that sales weren't on the educated guess mark from a quarter ago, and this is somehow fraud?

Since when is telling the truth, or correcting a statement to be more truthful, fraud?
Score: 4 Votes (Like | Disagree)

Ramchi
If people visit MR, they shouldn't be surprised to see this coming. Most of it common sense. Stock Market is always considered a regulated gambling, people making money out of it must learn to live with losses as well. Investors can't be that much stupid not to see potential earnings drop after Apple stopped revealing iPhone numbers...
Score: 4 Votes (Like | Disagree)
Read All Comments

Friday May 27, 2022 6:54 am PDT by Hartley Charlton
The "A16" chip for the iPhone will reportedly be manufactured with the same process as the iPhone 13's A15 Bionic, with Apple saving a bigger performance leap for the "M2" chip designed for its next-generation Macs. Meanwhile, the company is working on a "final" M1 chip variant that uses more powerful cores from the A15, according to the leaker known as "ShrimpApplePro." In a thread on...
Read Full Article • 158 comments