Earlier this week, Apple told The Verge that some 2018 iPad Pro models are shipping with a slight bend in the aluminum chassis, which is a side effect of the manufacturing process that is not expected to worsen over time or negatively impact the iPad's performance.

Many MacRumors readers were concerned about Apple's position that a noticeable bend is not a manufacturing issue, prompting MacRumors reader Craig to send an email to Apple CEO Tim Cook to express his concerns. 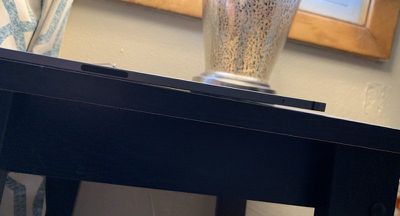 Image via MacRumors reader Bwrin1
While Cook didn't respond, Craig did get a reply from Apple's VP of hardware engineering, Dan Riccio, which he shared with MacRumors and which we have confirmed to be from Apple's corporate mail servers in Cupertino, California.

In the email, Riccio says that the iPad Pro's design "meets or exceeds" all of Apple's quality and precision standards.

Apple's specification for iPad Pro flatness is up to 400 microns, which is "even tighter than previous generations." Riccio reiterates that this level of flatness won't change during normal use, nor does it affect function. From the email:

Relative to the issue you referenced regarding the new iPad Pro, its unibody design meets or exceeds all of Apple's high quality standards of design and precision manufacturing. We've carefully engineered it and every part of the manufacturing process is precisely measured and controlled.

Our current specification for iPad Pro flatness is up to 400 microns which is even tighter than previous generations. This 400 micron variance is less than half a millimeter (or the width of fewer than four sheets of paper at most) and this level of flatness won't change during normal use over the lifetime of the product. Note, these slight variations do not affect the function of the device in any way.

Again, thanks for reaching out and I hope the above explanation addresses your concerns.

Riccio's email also says that a company statement was not included in the original information disseminated by The Verge, and that Apple will be reaching out to media outlets to comment officially.

The original email was sent late on December 20 and suggested a comment would come "later today," but that didn't happen, so it's not quite clear when Apple will provide more info to the media. We may be hearing an official, more reassuring statement on the 2018 iPad Pro before the end of the day.

Minor bending of the new iPad Pro models first came to light shortly after the devices launched, and new iPad Pro owners who noticed bends shared their concerns on the MacRumors forums.

Apple was quiet on the issue until this week, when the company told The Verge that the bending is a side effect of the manufacturing process and not a defect that impacts iPad performance.

The bend is said to be the result of a cooling process involving the iPad Pro's metal and plastic components during manufacturing. iPad Pro models experiencing this issue are exhibiting the problem right out of the box, according to Apple, so it's not an issue that shows up or worsens over time.

Apple told The Verge that concerns over the structural rigidity of the iPad Pro are unfounded and that it stands by the product.

twocents
Are they that out of touch with reality?
Score: 167 Votes (Like | Disagree)

barkomatic
If I'm spending over 2K on an iPad then its completely unacceptable to have a bend as depicted in the photo. It would be exchanged until I would get one without a bend.

It's amazing Apple is trying to pass this off as a manufacturing variance.
Score: 138 Votes (Like | Disagree)

I can’t disagree; mine’s flopping around perfectly as expected.

asdavis10
No it doesn't. Just stop, Apple. Design over functionality is becoming a problem if this is your response.
Score: 111 Votes (Like | Disagree)