Tuesday December 11, 2018 4:00 pm PST by Joe Rossignol
Microsoft today updated its suite of Office for Mac apps, including Word, Excel, PowerPoint, and Outlook, with support for Dark Mode on macOS Mojave and several other new features. The updates are available to both Office 365 subscribers and to users who purchased Office 2019 for Mac as a one-time purchase. 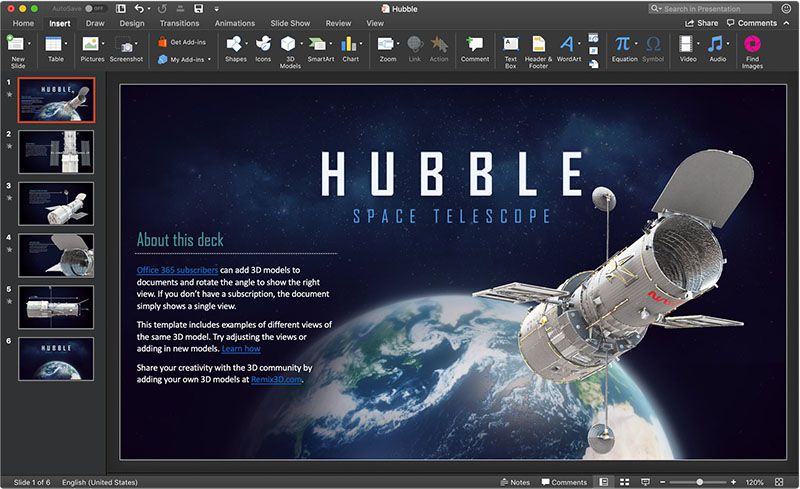 The update also makes it easier to insert a photo from an iPhone or iPad into a PowerPoint slide using Apple's new Continuity Camera feature. This allows users to control-click in a PowerPoint window where you want the photo to appear, quickly take a photo on a nearby iPhone or iPad, and import it into a slide.

And with v16.20 some customers will see our Ribbon Visual Refresh with new icons and styling in Office 365 for Mac, as we begin rolling out and getting your feedback! On macOS Mojave, the new icons adapt to Light and Dark Mode as well! #Office365 pic.twitter.com/2iLdWNx7qD


Office for Mac apps can be updated via the Microsoft AutoUpdate mechanism by navigating to Help > Check for Updates in each app. For a full list of new features, read the Office for Mac version 16.20 release notes.

Because ms needs to sell that software. Google's is free. Priorities.


If you don’t think Google makes money from Chrome, I have a bridge to sell you.
Rating: 10 Votes

jdoyle
Dark Mode in Mojave is the biggest UI improvement ever in iOS. My eye strain has dropped dramatically since I enabled it. Could never go back. This is great. Now if MS could just make Office run a bit better and not take forever to start up....
Rating: 8 Votes

brendu
Still waiting for the updated design for outlook for iOS that was supposedly released last week but hasn’t yet come to the App Store...
Rating: 6 Votes

Ma2k5
I was wondering if they’d add continuity and they did.

Not that it’s super useful as a feature but interesting to see they spent dev time to implement that.
Rating: 4 Votes

Dark Mode in Mojave is the biggest UI improvement ever in iOS.

And I'm one of the people who think it's absolutely terrible. I kept at it for three days, tried a few different background colours, eventually gave up because of various things. One of the major ones was the inability to tell unread mail from read mail because a bold light font on a dark background is far less visible than a bold dark font on a light background and the new mail blue circle doesn't stick out as much. There were so many other visual cues that just disappeared into 50 shades of grey I had to turn it off so I could use the machine again.
Rating: 4 Votes