Kuo: iPhone XR Pre-Order Demand Over First Weekend Exceeded That of iPhone 8 and iPhone 8 Plus

Monday October 22, 2018 9:06 am PDT by Joe Rossignol
iPhone XR pre-order demand in the first three days of the device's availability was "better than that" of the iPhone 8 and iPhone 8 Plus during the same period last year, according to Apple analyst Ming-Chi Kuo. 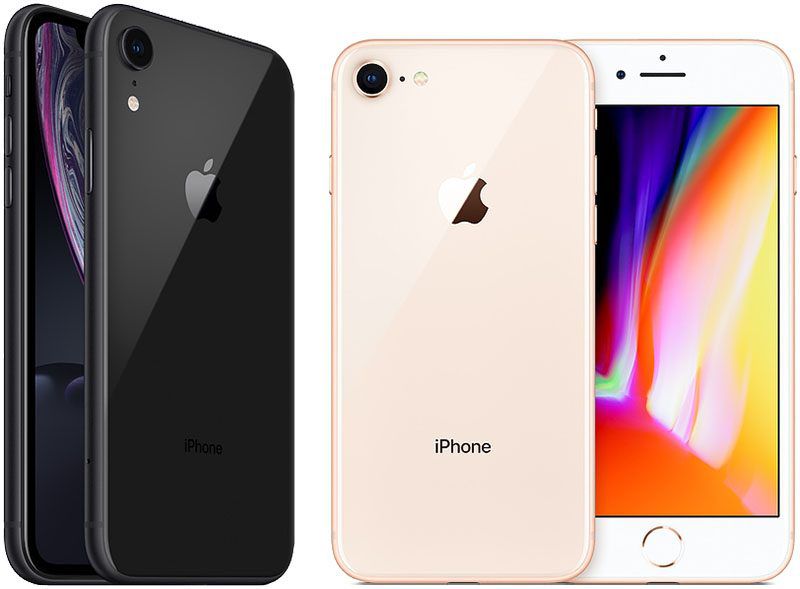 In a research note obtained by MacRumors, Kuo said that although pre-order demand immediately after launch has been lower for the iPhone XR versus the flagship iPhone XS models, overall iPhone XR shipment momentum is "more stable" because it will drive more customers to upgrade than the iPhone 8 series over time. 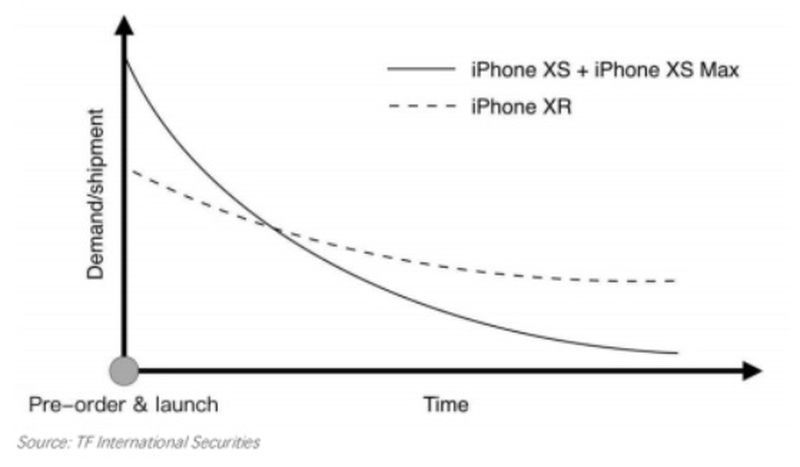 Kuo added that iPhone XR shipping estimates on Apple.com (many models remain available for launch day delivery on Friday) do not indicate exact demand, as the type of customers interested in the device are more general users, with many ordering through carriers to take advantage of promotions.

An excerpt from Kuo's research note with TF International Securities:

We are not surprised that XR's initial delivery times are shorter than those of the iPhone XS series after pre-order open given that XS and XR have different target customers. The former's target customers are Apple fans, who snap up new models rapidly after the pre-order open. The latter's are general users who are used to operating iOS with characteristics including favoring the Apple brand, limited budget, or no urgent replacement demand.

Some other analysts had expressed concerns that the iPhone XR's strong availability implied weak sales of the $749 handset.

Kuo already predicted that iPhone XR demand would be higher than that for the iPhone 8 series last year in a research note shared last week. He also increased his iPhone XR shipment forecast to 36 to 38 million units in the fourth quarter of 2018, up 10 percent from his original estimate of 33 to 35 million units.

Wow, people like to buy reasonably priced iPhones, who would have guessed ?

Not surprising, the low cost is the main driver. Majority of the features, plus new design/colors, at a lower cost - easy sell.


I earn a wage I consider to be robust enough to be able to support buying an Iphone now and then (engineer for 25 years), but anything over $500 for a phone that's likely to require replacement every ~3 years does not seem like "low cost" to me!

Good God, is $750 before Apple Care really considered "low cost" to the admittedly Apple-fanatics (of which I still consider myself one) around these parts?

I’m not calling $750 to be too much or non-justifiable. I can hardly see it be called “low cost” or “reasonably priced.”

What, did the (no longer available) $379 iPhone SE and (currently available) refurbished iPhone 7 for $379 seem like giveaways??
Rating: 16 Votes

Blackstick
It's a great phone for the price, no one can disagree there.
Rating: 8 Votes


I've heard you spout some dumb stuff on here before, but this has to take it. The best performing chip, one of the top cameras, arguably the most advanced facial recognition, and iOS to top it off, should be the cost of a cheap Android? Haha come on.
Rating: 8 Votes

Lobwedgephil
He is right, people who pre-order are not the main buyers if the XR. This phone will be the main seller for the average user, the enthusiasts are the ones who pre-order.
Rating: 8 Votes

DrJohnnyN
Not surprising considering the 8 and 8+ were a marginal update, and the Xr is a radical redesign of the low-end iPhone.
Rating: 6 Votes

kstotlani
Apple must have done a good job with the supply chain as every colour and size is available even now.
Rating: 6 Votes

DNichter
Not surprising, the low cost is the main driver. Majority of the features, plus new design/colors, at a lower cost - easy sell.
Rating: 5 Votes

travelsheep
Wow, people like to buy reasonably priced iPhones, who would have guessed ?


p.s. if it had OLED, same price, I would go for a fancy yellow one. Even though it does not have fingerprint sensor and no headphone jack. But lacking three things, I need to pass.
Rating: 5 Votes

Wow, people like to buy reasonably priced iPhones, who would have guessed ?


p.s. if it had OLED, same price, I would go for a fancy yellow one. Even though it does not have fingerprint sensor and no headphone jack. But lacking three things, I need to pass.

People like to buy $1,000 phones too. Not like Apple didn't knock it out the park the the X and the XS Max is going gangbusters according to all reports.

Apple got this right. People will buy both. A lot of them.

Not surprising, the low cost is the main driver. Majority of the features, plus new design/colors, at a lower cost - easy sell.


And it will sell even easier once in the stores. It will look good, it will be new, and the sales person will point out the better battery life.
Rating: 3 Votes