Roland Borsky, an Apple computer repairman in Vienna, Austria, has amassed a private collection of 1,100 Apple computers that he's picked up over the years.

At 1,100 machines, his collection dwarfs the collection of computers at the Apple Museum in Prague, which claims to have the world's biggest private collection of Apple products. "Just as others collect cars and live in a little box to afford them, so it is with me," he said. 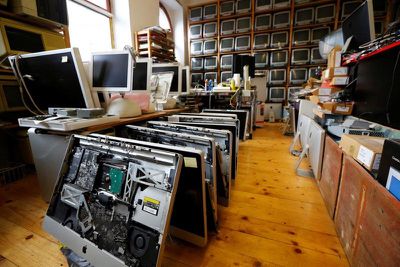 There's little detail on the full extent of his collection, but according to Reuters, Borsky is searching for a buyer as he can no longer afford the rent on the warehouse where the computers are held.

Borsky told Reuters that his business has dried up after Apple opened its first store in Vienna in February, taking over repairs that used to be done by repair firms like his. Parts have also become harder to replace on Apple devices.

Some of his computers are on display in temporary exhibits in Vienna, but he wants to find a permanent home for the equipment.

If he's unable to find a buyer, Borsky fears that his collection could be discarded. "It'll be shredded. That is what bothers me the most because I can't currently rent a storage space that I can afford," he said.

If that's a repair shop and all of those were taken into his shop for repair- but were deemed unrepairable and left there- doesn't that make everything in his shop "junk"?
Who on earth wants to see 1000 broken ancient Macs piled on a wall?
All it is is a testament to non repairable "planned obsolescence".
To the junkyard it should all go. It's depressing looking at all that junk.

You're going to see WAY MORE thanks to Apple soldering everything together and disrespecting the right to repair. Apple must be so proud.
Score: 10 Votes (Like | Disagree)

now i see it
If that's a repair shop and all of those were taken into his shop for repair- but were deemed unrepairable and left there- doesn't that make everything in his shop "junk"?
Who on earth wants to see 1000 broken ancient Macs piled on a wall? And if they're all not broken- they might as well be because they're useless now.

All it is is a testament to non-repairable "planned obsolescence".
To the junkyard it should all go. It's depressing looking at all that junk..especially all those freaking iMacs. Get it out if my sight.
Score: 5 Votes (Like | Disagree)

rafark
That's definitely not junk, not in the right hands at least. He could assemble the post 2008 macs with working parts, sell each for $100-400, and sell the remaining components individually. You'd be surprised how many people shop for individual components, like the imac ram cover, for example. he has thousands of components from hundreds of macs he can sell online.
Score: 2 Votes (Like | Disagree)

Schnegg
Kinda sad he has to close up. Those repair shops had a lot of knowledgable people.
Score: 2 Votes (Like | Disagree)

If that's the best picture of his "collection" he could come up with - he has a lot of old Apple junk (but not old enough).

Don't know about that. Take a closer look: 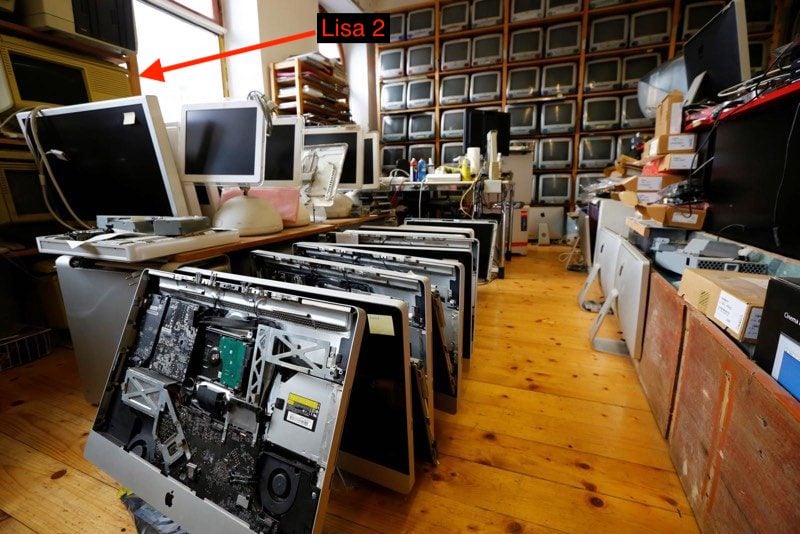 nwcs
If it can’t be resold, perhaps recyclers would give him some money. There are some precious metals there. Heck, Apple might consider it a source of spare parts for cheap.

Yep, people have hobbies that dominate their finances. There always comes a time to just let it go. Before coming to this point he could have sold it all through eBay or similar. I doubt someone would buy the whole batch just to display it.