Apple Pay is expected to be available in 60 percent of retail locations in the United States by the end of the year, Apple's VP of Apple Pay Jennifer Bailey told Fortune today in an interview at the company's Brainstorm Reinvent Conference.

Since Apple Pay's 2014 introduction, Apple has worked to bring it to 24 countries around the world. Apple has to negotiate deals with each and every country where Apple Pay expands, so it's been a slow process, but growth is strong even outside of the United States. 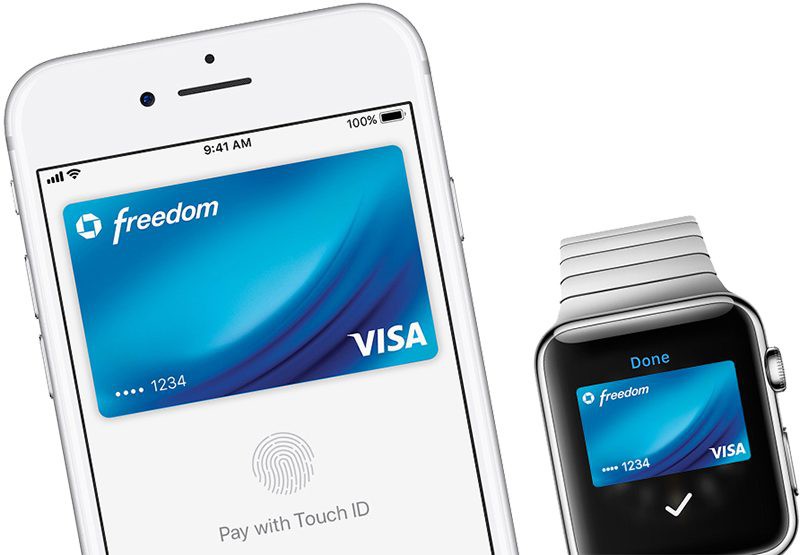 Apple has recently been focusing on expanding the usefulness of the Apple Wallet, which houses Apple Pay credit and debit cards. Apple Wallet is now being used for purposes like public transit, customer loyalty programs, student IDs (launching next week), and may soon expand to corporate access and hotel key cards. Apple's own campus permits employees to enter using Apple Wallet.

"It's a tremendous new area for us to focus on, which is really access," Bailey said.

According to Bailey, when Apple Pay was first introduced, Apple didn't approach the launch with the aim of disrupting the credit card industry. Instead, the goal was to work with credit card companies and introduce "great customer experiences."

Apple was uninterested in pursuing a bank charter, necessary for introducing Apple Pay as a credit card replacement option, because it didn't want to face regulation.

"When we thought about Apple Pay, we thought, there are a lot of payments out there that our customers already love and trust," Jennifer Bailey, Apple VP of internet services and Apple Pay, said Tuesday morning during Fortune's Brainstorm Reinvent conference in Chicago. "We don't sit around and think about, 'what industry should we disrupt?'--we think about, 'what great customer experiences can we develop?'"

When asked if Apple makes money from Apple Pay transactions, Bailey answered the question with a "perhaps," but said that other features in the Apple Wallet are about bringing more utility to customers and making sure people "love their iPhones."

glowplug
And Walmart is the last hold out....I’m sure the CurrentC payment system will launch any day now.
Score: 13 Votes (Like | Disagree)

Can someone tell me if there’s special sauce in Apple Pay vs. NFC payments where Apple Pay works when it’s not branded?

I always ask if a retailer accepts Apple Pay, and I often get a blank stare. If a quick once over of their hardware looks promising, I’ll suggest we try it. And when it works the clerks just go wow.

I happened twice last week. At a stationary store in Hood River, Oregon, and a train store in Portland.
Score: 5 Votes (Like | Disagree)

If I get a cellular Apple watch I won't need a phone or a wallet when I go out.

I remember when I first got the 6 and tried to use it everywhere. Sometime it worked but most times it didn’t. It’s really great now and I use it whenever possible.

I don’t bother with the readers that liquor stores and small shops have though. They rarely work on the first try but the machines most supermarkets and retailers have work great.

The small mom and pop Liquor stores work the best in my opinion. They always work when I tap. Super markets give me stupid “can not complete payment” or the NFC reader is dead entirely but it still shows the logo.
[doublepost=1537978694][/doublepost]

I'm pretty sure when Apple Pay launched I heard that Apple gets 1% of all Apple Pay transactions but I could be wrong.

No they get something like .05% and it’s paid by the bank not by the store. The store sees no difference and pays whatever the card rates normally are.
[doublepost=1537978745][/doublepost]

I’d venture a guess that many of the holdout 40% are behemoth retailers — Kroger, Publix, Walmart, Target, etc.

You’re right on the dot. I install card readers for a living. Most mom and pop stores accept Apple Pay.
[doublepost=1537978801][/doublepost]

Sad thing that my iPhone 5S with iOS 12 still doesn't support Apple Pay Cash. I know it doesn't have the NFC chip for store readers but I should be able to receive Cash payments or use Apple Pay for online purchases like the mcd app. There's no Plus-Sign in the Wallet app to add a credit card to my dismay. Now I'm looking for an used iPhone 6 just so I can set up Apple Pay Cash.

Seriously? So it processes then connects to my phone and sends it through?
[doublepost=1537975375][/doublepost]

You guys just all changed my life today!

No. The card reader does all the processing. The watch just provides the card. No phone needed.
[doublepost=1537979035][/doublepost]

I always ask if a retailer accepts Apple Pay, and I often get a blank stare. If a quick once over of their hardware looks promising, I’ll suggest we try it. And when it works the clerks just go wow.

I happened twice last week. At a stationary store in Hood River, Oregon, and a train store in Portland.

I’ve found it’s better not to ask and just hold a phone over the card reader and they go through the motions. Even if it’s the small Verifone that faces the cashier. If you say Apple Pay they don’t know what you’re talking about. But holding the phone over it gives them the idea you’re paying them.
[doublepost=1537979178][/doublepost]

Was on the phone a day ago regarding kroger points card and asked if there was any word in activating Apple Pay (Kroger successfully trialled it in Arizona 2 years ago) but there was no new info.

Told the representative to get word to management that we are shopping more at Meijer and Costco than kroger nowadays because Apple Pay.

If it makes it any better, there was a job posting that said they’re hiring a specialist in mobile and Contactless payments.
[doublepost=1537979345][/doublepost]

Do we really need it, I have my cards in my iPhone case, before even checking out I get the card out, when I have to pay I tap the card against the POS, that's it.
Apple pay does not add anything in Europe amongst other places when you have your cards in a iPhone case.

The only thing I can see is more convenient is when you don't have your cards/iPhone with you but do have a cellular Apple watch.

Oh, and we don't have to think about security, ApplePay is just a bit more secure but to us as a consumer it makes no sense whatsoever, reason, if there's fraude we don't lose money as in the states (IIRC) so there's that.

Would I like to see it here, yes, but I am OK without it.

It's just convenience, nothing more, nothing less.
In fact, it would help much more if we could use the NFC chip inside iPhones for other purposes, example, DigiD, there are several security levels available, yet I can't use level three, an NFC enabled phone is needed, or what about public transport, how convenient would it be to just tap your iPhone to check into the transport system.

I use my iPhone for public transport in Phoenix and Portland all the time. Buses and trains have Contactless card readers that just read a regular credit card. It’s awesome! Waiting on New York and LA now! They said these are coming soon next year!
Score: 4 Votes (Like | Disagree)
Read All Comments