Logitech today announced that its Crayon stylus, which was previously only available to schools, is coming to Apple retail stores, which means it will be available for everyone to purchase for the first time.

Introduced in March alongside the 6th-generation 9.7-inch iPad, the Crayon is designed to operate as a lower-cost alternative to the Apple Pencil.

Subscribe to the MacRumors YouTube channel for more videos.
The Crayon features a slim aluminum body and an Apple Pencil-style tip. Functionally, it works just like the Apple Pencil, with support for palm rejection and the same latency and tilt as you get with the Apple Pencil. There is, however, no pressure sensitivity.

Logitech designed the Crayon with students in mind, so it has a flat surface to prevent rolling, a tethered rubber end cap, a comfortable grip for small hands, and the ability to withstand drops of up to four feet.

The Crayon does not need Bluetooth to connect to the iPad, and it's able to last for up to seven hours before needing to be recharged with the built-in Lightning port.

It's worth noting that the Crayon is designed to be compatible only with the sixth-generation iPad.

We were able to get our hands on one of Logitech's Crayons ahead of its Apple Store availability, so if you're considering picking one of these up for your 9.7-inch iPad, make sure to check out our review video above.

The Crayon will be available in Apple retail stores, on the Apple website, and on the Logitech website starting on September 12 before expanding to additional retail outlets in October.

While schools can purchase the device for $50, customers who purchase the Crayon from Apple or Logitech will need to pay $70.

aevan
No pressure sensitivity = no one should get this instead of Apple Pencil.
Score: 7 Votes (Like | Disagree)

tehStickMan
I'd buy it over Apple Pencil purely for the non-rolly shape, and that it charges like a normal damn device. 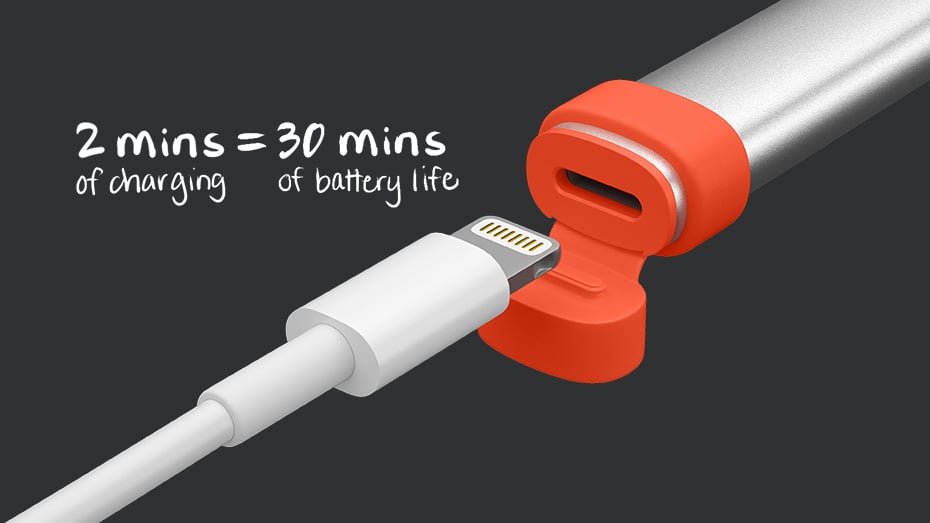 It's weighted so that it rolls around less. If it builds momentum, it will roll.

Then don’t roll it down a hill.
Score: 2 Votes (Like | Disagree)

I'd buy it over Apple Pencil purely for the non-rolly shape, and that it charges like a normal damn device.

Isn't the Apple pencil weighted so that it doesn't roll around?
Score: 1 Votes (Like | Disagree)
Read All Comments