Fortnite could launch on Apple TV at one point in the future, according to a new discovery by the @StormLeaks Twitter account late yesterday. As reported by esports and gaming website Dexerto, @StormLeaks found a single line within Fortnite's code that references "tvOS," suggesting that Epic Games may be planning to launch the popular game on Apple's fourth- and fifth-generation set-top boxes down the line.

Still, this is just a single mention of tvOS in Fortnite's code and shouldn't be taken as a guarantee that the game will be available to play on Apple TV soon. If it does, the game would likely require a compatible wireless gaming controller, two of which Apple sells for $49.95 on its website. 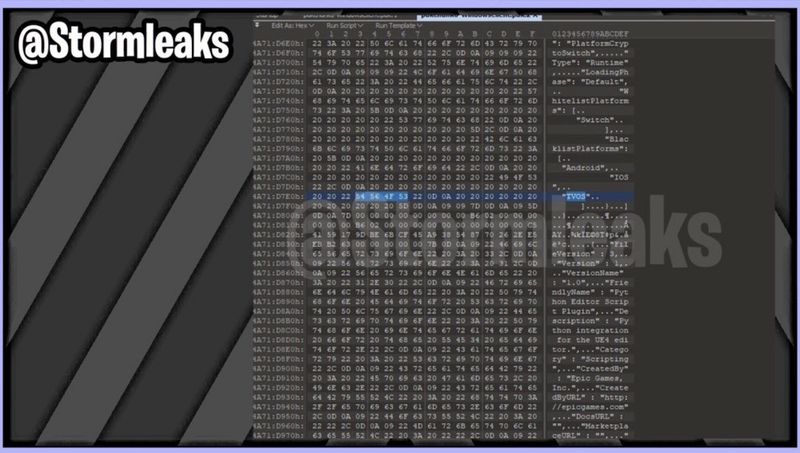 #fortnite Fortnite is coming to Apple tvs. tvOS a Apple tv operating system has been found in the files. pic.twitter.com/QBBojQI0SX

As it stands, Fortnite is currently available on iOS, macOS, Android, PC, Xbox One, PS4, and Nintendo Switch. Fortnite initially launched as a beta on iOS in March and then expanded wide in April. The smartphone apps are focused entirely on Fortnite's PvP Battle Royale mode, but the console and desktop versions of the game also include a PvE mode called Save the World.

Fortnite Battle Royale on iOS is free-to-play (like it is on all platforms), but due to in-game content purchases the app in June reached $100 million in revenue 90 days after launch. Fortnite initially launched wide in summer 2017 on consoles, macOS, and PC, focusing only on the Save the World mode, with Battle Royale releasing a few months later in September 2017.

tipoo
Good stuff. I really want to see what the ATV 4K can do when it stretches its legs with that actively cooled A10X and a gamepad. It's easily a head and some shoulder above the Switch, which can run things like Fortnite and Doom.


What I really want to see Apple do is take the publisher role, fund some AAA exclusives for it through third parties.
Rating: 10 Votes

IGI2
That would be awesome!

I would finally have an argument to buy a pad for Apple TV.

Now it's hard to justify the expense.
Rating: 5 Votes

Apple threw away the chance long ago to make the Apple TV a really nice gaming console. Needs first-party controllers, not this MFi-or-whatever nonsense.

From the beginning their gaming strategy with the Apple TV was bad. Requiring the use of the Siri Remote for all games was terrible (although they finally realized how awful the Siri Remote was for gaming and eventually removed that requirement). No API for clickable analog sticks was a slight oversight. Limiting app downloads to 200 MB with the rest of the application needing to be streamed on demand each time was a huge oversight (although they also finally increased that limit to 4 GB last year, I believe).

Apple has slowly been fixing their obvious problems. With this 5th gen Apple TV, though, gaming on the Apple TV probably won't progress much further than it is now. Apple fixed the obvious mistakes, but they aren't doing much else with the platform at the moment. But when Apple releases the Apple TV 6th gen in however many years, they could learn from their past mistakes and make Apple TV a viable gaming platform. .... maybe.
Rating: 3 Votes

bacaramac
My boys would be thrilled since I refuse to invest in another dedicated console. They have ATV 4K and would be able to just buy them a game pad.
Rating: 3 Votes

For that matter the potential is a system seller. I do t have or really need an ATV. But I’d buy one for the right access to games. And at a fraction of the cost of a big console.

All the pieces are in place. There just needs to be more initiative. This could be a huge part of the Apple ecosystem driving hardware sales and further media sales.


Why are you in disbelief? There's several disadvantages to the Apple TV ecosystem from a developer POV right now. One, there is no Apple first-party game controller and no controller bundle Apple even sells. Why would a big studio put money into a platform where the majority of its owners don't have the controller with which to play their games? Second, the lack of local storage is a huge issue for AAA games. Downloading levels piece by piece is just not the way traditional console games are structured right now and the size of modern AAA games would make that an unpleasant (and even costly) experience for everyone but the most high-bandwidth and highest data plan broadband connections.
Rating: 2 Votes

If the guys at Epic can figure out how to play Fortnite with an Apple TV controller then they are wizards.


They dropped the wand controller requirement a long time back, some months after the 4K launched.
Rating: 2 Votes

They dropped the wand controller requirement a long time back, some months after the 4K launched.

I know. I just want to see it happen, lol.

Apple TV 4K (with the Nimbus) is my only "console" (especially when I sell my iMac). I was messing around the other day and found 25-30 games that are out now that I would definitely be into. And that doesn't include the 5 or 6 that I've already played and the upcoming Sky which is going to be pretty amazing.

I'm definitely not hardcore though; I could care unless about AAA games. I'm in grad school, no time for that anyway. For me it's: Is there enough there to enjoy and be entertained? And there is. I could name off a few titles right now but I'm hungry.
Rating: 1 Votes
[ Read All Comments ]