MoviePass is restructuring its subscription model once again, today announcing that it will not be raising prices for its subscribers and instead return to its traditional $9.95/month price tag while limiting how often users can go to the movies every month. Effective August 15, subscribers will transition to the new model upon their renewal and from then on be able to see three movies every month at $9.95. 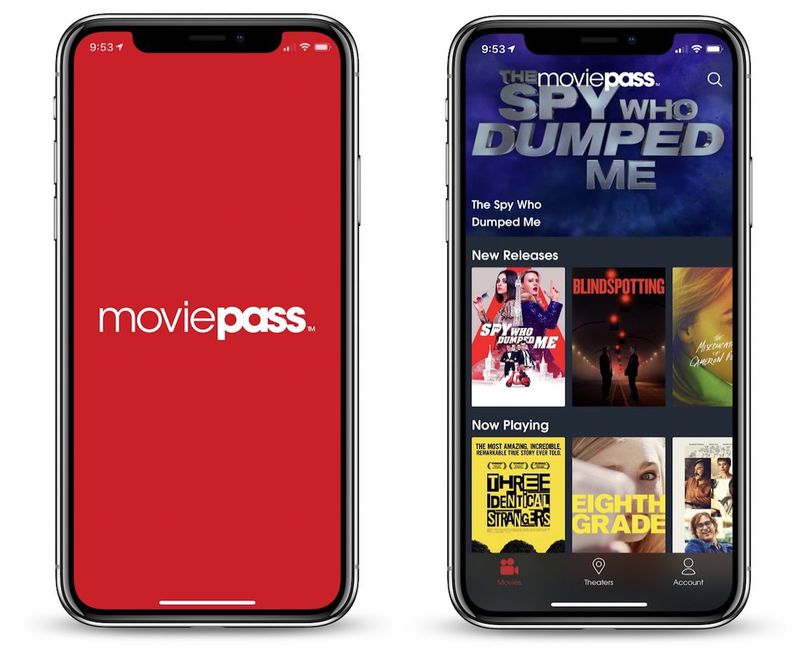 The move follows negative responses that the company received after it announced its intention to raise the base subscription price to $14.95/month just last week. These users will also gain access to up to a $5.00 discount on any additional movie tickets purchased after they see their three allotted movies in any given month.

"We are now creating a framework to provide the vast majority of subscribers with what they want most – low cost, value, variety, and broad availability – and to bring some moderation to the small number of subscribers who imposed undue cost on the system by viewing a disproportionately large number of movies," said MoviePass CEO Mitch Lowe. "We believe this new plan is a way for us to move forward with stability and continue to revitalize an entrenched industry and return moviegoing to everyone’s financial reach.”

MoviePass has had a turbulent summer, beginning with the introduction of Peak Pricing in July, rolling out Ticket Verification to all users, and restricting major film releases from its subscribers for the first two weeks of release. In an interview with The Wall Street Journal today, MoviePass CEO Mitch Lowe confirmed that all of these changes are now being abandoned.

After one week of analyzing customer responses and internal debate, Mr. Lowe said MoviePass is abandoning those changes. The price increase and restriction on new releases are being revoked, there will be no surcharges, and users will no longer have to upload photos of tickets they buy to prove they are not committing fraud.

“We’ve been whipsawing people back and forth,” said Mr. Lowe. “I think we’ve got it now.”

This means that the three films subscribers will be able to see each month will "include many major studio first-run films." The company says that about 85 percent of its subscribers already only see three or fewer films per month, leading to the decision to install the new plan for its entire subscriber base.

Still, it's a major change in comparison to what MoviePass announced one year ago this month, allowing users to see one movie per day every month at $9.95. The new model is akin to what MoviePass was before it surged in popularity last year, when it offered price tiers like $50/month for six movies.

jakecdemp
This sounds like a totally reasonable compromise. Where I live, the price of a single ticket is about $11, so it would still be worthwhile for me even if I only saw 1 film a month.

The problem is now that MoviePass have proven themselves to be completely untrustworthy and in the process alienated a significant majority of their customer base, myself included. Who's to say they won't come up with some crazy new way to jerk everyone around in another few months? It's definitely been a turbulent few weeks and it sounds like they're making good efforts to improve, but I think the damage is done.
Score: 6 Votes (Like | Disagree)

Wildhope
I think this is fair to be honest.
Score: 5 Votes (Like | Disagree)

Corsig
Too late. I canceled already. I had enough of the see saw mentality
Score: 3 Votes (Like | Disagree)

Too late. I canceled already. I had enough of the see saw mentality

I cancelled last week and was still charged for a new month yesterday. HOT MESS.
Score: 3 Votes (Like | Disagree)

macduke
Let's see how many days this plan lasts.
Score: 3 Votes (Like | Disagree)

benji888
MoviePass advertises itself as an Unlimited, movie a day service… now they are saying this about going to a 3 ticket a month plan: “…to bring some moderation to the small number of subscribers who imposed undue cost on the system by viewing a disproportionately large number of movies…” so they blame people who try to use it the way they advertised for their own short term thinking?? I have zero respect for these people.

> Key word here is “many” not “all”…
“…The new plan will include many major studio first-run films. …”

Just more B.S. trying to save themselves. Here's the full press release: https://www.reddit.com/r/MoviePassClub/comments/951e7o/official_press_release_moviepass_launches_new/

They’ve got so many people cancelling and switching to AMC or Sinemia or other that they’ve adopted something similar, but, without advance ticketing, nor premium upgrades, and who knows whether you’ll get to see the major studio first-run films you want to see? (And, what about Indie films?) With other plans you can see any film. (They are not saying "Unlimited", so, they can still impose the same kind of limitations they do now if they want to.)

Still no advance ticketing.
> Big problem I have is, I have to do advance ticketing now. Just a few months ago the local cinema upgraded to recliners and reserved seating, adding the ability to pick your seat online/in your phone. That would be ok, except, now that it has caught on, people are advance ticketing, and, with less seats, it’s nearly impossible to just go there and get a good seat. Most of the other cinemas I go to less frequently have also upgraded to mostly recliners and reserved seating, except for the IMAX, (that IMAX opened about 5 years ago, it’s 4 stories high with leather seating, armrests (w/cupholders) that go up/down, seatbacks recline a bit, it’s actually pretty nice).

So, I’m still glad I cancelled.

> Yearly plan? If you are on a MP yearly billing cycle that started in 2017, see this on reddit: https://www.reddit.com/r/MoviePassClub/comments/94wgs0/moviepass_is_breaching_the_tos_for_annual/ (No, this isn't about the change for monthly users, this is about limiting what you can see, peak pricing, etc.)
Score: 3 Votes (Like | Disagree)
Read All Comments

Wednesday April 1, 2020 2:45 pm PDT by Juli Clover
Apple in March updated both the MacBook Air and the iPad Pro, and with the iPad Pro increasingly positioned as a computer replacement, we thought we'd compare both new machines to see how they measure up and which one might be a better buy depending on user needs. Subscribe to the MacRumors YouTube channel for more videos. We're comparing the base model 12.9-inch iPad Pro and the base model...
Read Full Article • 84 comments