Elgato Systems today announced that it will shift its focus "exclusively" to its line of HomeKit-connected Eve devices, in the process rebranding itself to "Eve Systems." At the same time, it confirmed plans to sell its streaming accessory division Elgato Gaming to peripheral company Corsair to continue life as a separate brand. 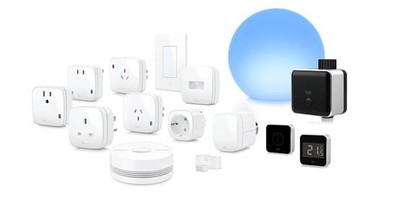 Under its new name, the company said that Eve Systems will offer a "constantly expanding ecosystem" of accessories that are designed exclusively for HomeKit. It also told users to look out for the next line of product announcements coming to IFA Berlin in a few months, running from August 31 through September 5.

In the announcement, Elgato founder and CEO of Eve Systems Markus Fest explained that the Eve product line will benefit from a "focused team and a dedicated organization" thanks to the gaming division's sale.

“Today, the Gaming space is more dynamic and exciting than ever, and we sought a larger partner to help us capitalize on the phenomenal opportunities ahead” said Markus Fest, Elgato’s founder and now CEO of Eve Systems.

“Our gaming business has been wildly successful, and that success is inextricably linked to the Elgato brand. The brand has been with us for almost twenty years and we are obviously a little sad to see it go, but Corsair is a fantastic company and will be a great new home for Elgato. At the same time our Eve product line will benefit from a focused team and a dedicated organization. This move will further strengthen both product families.”

For products that don't fall under the Eve or Gaming categories — like Elgato's thunderbolt docks — the company confirmed that anything that is not an Eve device will also be joining Elgato Gaming under Corsair.

The most recent HomeKit product announcements from the company came with the Eve Aqua and Eve Flare. Eve Aqua connects to your outdoor water system so you can control your sprinklers or other irrigation system through the Home app or Siri. For European users, the Eve Flare lamp is a portable LED lamp that offers six hours of illumination on one charge.

adamjackson
This is the same company that got famous from their "EyeTV" product, a cable tuner box that you could use to watch live TV via FireWire on your Mac. Any company participating in the Apple landscape with premium products needs to evolve and HomeKit focus makes more sense.
Score: 6 Votes (Like | Disagree)

This is the same company that got famous from their "EyeTV" product, a cable tuner box that you could use to watch live TV via FireWire on your Mac. Any company participating in the Apple landscape with premium products needs to evolve and HomeKit focus makes more sense.

I still have my original EyeTV, which actually used USB 1 and MPEG1. Everyone was like "why not firewire/Mpeg4" at the time, but it worked alright.
Score: 3 Votes (Like | Disagree)

Fall Under Cerulean Kites
I want to know what happened to the Eve Extend. The current state of Bluetooth LE devices limits usability for those with large homes. Short of forking out hundreds of dollars for additional Apple TVs and running them headless in closets, I have no way to communicate with my Schlage locks via HomeKit.
Score: 3 Votes (Like | Disagree)

walstib
I have several Eve HomeKit devices and they all have one thing in common — none of them work very well.

They have ongoing connectivity issues.

Unless they improve performance, I won’t be buying any more.
Score: 2 Votes (Like | Disagree)

"Our gaming business has been wildly successful, and that success is inextricably linked to the Elgato brand."

"…so we totally thought it makes sense to sell off this successful division."

This is the same company that got famous from their "EyeTV" product, …

…which was another successful product line until they decided to sell it off to Geniatech, who ran the brand into the ground.
Score: 2 Votes (Like | Disagree)

…which was another successful product line until they decided to sell it off to Geniatech, who ran the brand in the ground.

Rip eyeTV. Geniatech is horrible and totally broke the software. I wish I could find the old version before Geniatech.
Score: 1 Votes (Like | Disagree)
Read All Comments

Friday July 10, 2020 11:12 am PDT by Juli Clover
Apple this month published a support document that warns customers against closing their Mac notebooks with a cover over the camera as it can lead to display damage. Image via Reddit Apple says that the clearance between the display and the keyboard is designed to very tight tolerances, which can be problematic. Covering the camera can also cause issues with automatic brightness and True Tone....
Read Full Article • 213 comments

Friday July 10, 2020 2:58 am PDT by Tim Hardwick
At last month's WWDC, Apple officially announced that its Mac computers will be transitioned from Intel x86 to homegrown Apple Silicon chips. Apple said it plans to deliver the first Apple Silicon Mac by the end of the year and complete the transition in about two years. According to Apple analyst Ming-Chi Kuo, a 13.3-inch MacBook Pro with a form factor similar to the current 13.3-inch...
Read Full Article • 144 comments