A new class action lawsuit filed against Apple this week alleges that all Apple Watch models suffer from a defect that causes the display to "crack, shatter, or detach from the body of the watch, through no fault of the wearer." 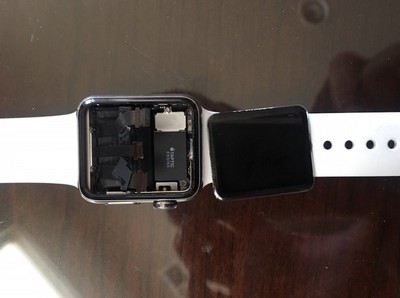 The proposed class is all current and former owners of all models, sizes, and variants of the Apple Watch, including the original, Series 1, Series 2, and Series 3 generations, purchased in the United States between April 2015 and present, according to court documents obtained by MacRumors.

The complaint, filed in Northern California district court, alleges that Apple has sold millions of watches with the defect throughout the United States, and "either knew, or should have known," about the display issues. Apple is said to have "actively concealed" and "failed to disclose" the defect to customers.

The complaint adds that Apple's internal policy is to "deny the existence of the defect, claim the defect is the result of accidental damage caused by consumers, and then refuse to honor its limited warranty on those grounds," resulting in customers facing expensive fees to repair or replace their defective watches.

The lawsuit was brought against Apple by Colorado resident Kenneth Sciacca, who purchased an Apple Watch Series 2 in December 2016. In or around March 2018, the screen on Sciacca's watch is said to have "unexpectedly detached from the watch's body shortly after he removed the watch from its charger."

The complaint cites a handful of comments from the Apple Support Communities, and similar complaints can be found scattered across the MacRumors forums, Reddit, Twitter, and other discussion platforms.

Apple has acknowledged issues with swollen batteries in select original and Series 2 models, which can cause the display to pop off, and offered free repairs up to three years after purchase, according to internal guidelines previously obtained by MacRumors. However, the complaint alleges that Apple refuses to extend the free repairs to watches with detached displays but no swollen battery.

Apple is accused of unlawful business acts and practices, in violation of California's Business and Professions Code, in addition to violating California's Consumers Legal Remedies Act and the Magnuson-Moss Warranty Act, breaching express and implied warranties, and unjust enrichment.

The complaint is seeking damages to fully compensate affected Apple Watch owners for all losses sustained as a result of the alleged defect, plus further relief as seen fit by the court. A jury trial has been demanded.

Minor issue, but people will call the demise of Apple over this.

Easy there, I've seen quite a few of these problems mentioned in the forums and it's definitely an issue because the damaged glass incorrectly looks like user damage rather than a design defect. As such, the user can't get it serviced by Apple through no fault of their own.

Yes I'm sick of reading toxic Apple hate on every thread, but googly-eyed "Apple can do no wrong" is just as tedious.
Score: 41 Votes (Like | Disagree)

Just advised a friend on this yesterday. The wife's first watch did this just sitting at her desk. Apple took full care of the situation. I hope they do for my buddy too. (both were series 2 sport)

When this happened to my first gen Apple Watch because of the battery pushing out the display they replaced it with a Series 1 for free so apparently that particular apple store didn't get the memo on the conspiracy.

I had the swollen battery issue with my Series I, and Apple replaced it. I did have to make a trip to the Apple Store and then wait 2 days for the replacement via UPS, but considering the watch was well out of warranty, I was pleased with the service I received.

This has happened to me on two series 0 watches way outside of their coverage and apple replaced them free of charge, including express mail.

OldSchoolMacGuy
Doubt it's really widespread but all it takes is 1 person to file a class action suit.
Score: 15 Votes (Like | Disagree)

Could you specifically explain how your comment has any relation to the Apple Watch or the article itself? Not Sure why you need to interject Tim Cook into this.
Score: 14 Votes (Like | Disagree)

Every person I know who is a customer is fully satisfied.
Score: 12 Votes (Like | Disagree)
Read All Comments

Wednesday July 1, 2020 10:48 am PDT by Juli Clover
Benchmarks for an unreleased iMac equipped with a 10th-generation Core i9 Intel Comet Lake-S chip and an AMD Radeon Pro 5300 graphics card have surfaced, giving us an idea of what we can expect from a refreshed 2020 iMac. The Geekbench benchmarks, which appear to be legit, were found on Twitter and shared this morning by Tom's Hardware. The iMac in the benchmarks would be a successor to the...
Read Full Article • 219 comments