Following the conclusion of today's keynote event, where Apple introduced new versions of iOS, macOS, watchOS, and tvOS, Apple has made the first beta of iOS 12 available for developers for testing purposes and to build new iOS 12 features into apps ahead of the software's public release.

Registered developers can download the first iOS 12 beta from Apple's Developer Center or over-the-air after installing the proper certificate. 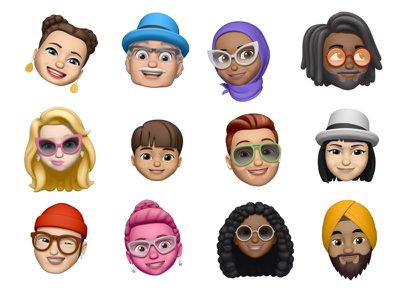 iOS 12 is a major overhaul to the iOS operating system that introduces tantalizing new features like Group FaceTime, local multiplayer shared AR experiences, new Animoji, and a Memoji feature that's designed to let you create a personalized Animoji that looks just like you.

Animoji, stickers, text, and more can be used in FaceTime and the Messages app, and there's a new Screen Time feature to help customers understand and manage the amount of time they're spending on their iOS devices.

Siri has been improved in iOS 12 with Siri Shortcuts, which is designed to allow Siri to work with any app.

Under-the-hood improvements to iOS 12 will make everyday tasks on the iPhone and iPad faster and more responsive, with the camera launching up to 70 percent faster and the keyboard showing up up to 50 percent faster.

Only registered developers are able to download the iOS 12 beta at this time. As Apple has done in the past, a public beta for public beta testers will be provided later this summer after the software has gone through a couple rounds of developer testing.

You do know that the new Emoji are part of the Unicode standard, right?

I think 1/10 people understand this concept. They think Apple is doing it and has an entire team creating them.
Score: 14 Votes (Like | Disagree)

heymonroe
You can now just swipe up to close an application from app switcher, instead of long pressing first.

It already has, the moment you hated someone for expressing an opinion that was different from yours, the hatred began.
Score: 10 Votes (Like | Disagree)

John Connor
I'm dumbfounded by their obsession with animojis and the like. Those poor developers, having to sit through that.
I also feel their presentation style needs an overhaul. They feel stale and dated.
Score: 8 Votes (Like | Disagree)
Read All Comments