At the upcoming Worldwide Developers Conference, Apple will introduce new versions of iOS, macOS, tvOS, and watchOS, and for those latter two updates, we have no idea what to expect.

Historically, Apple hasn't introduced major changes in its tvOS updates, but the operating system is still new and there could be some larger scale changes in the works for 2018. We've asked MacRumors readers what they'd most like to see in tvOS 12, and this is what they had to say. 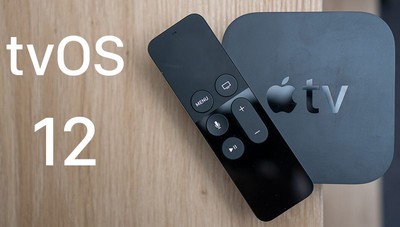 What do you want to see added to the Apple TV with tvOS 12? Let us know in the comments, and make sure to check out the full tvOS 12 wishlist thread.

jetison
Siri in other countries.
Score: 7 Votes (Like | Disagree)

ipedro
You're missing an obvious addition: AppleTV to be treated as a real HomeKit device. You should be able to add AppleTV to Scenes and Automations. Arriving home should turn the TV on and maybe tune into a channel or a playlist. Saying Goodnight should turn off the TV. Good morning might play the news.

Given that AppleTV was shown to be joining the Home app because of AirPlay, it's not a far step to having it included in Scenes and Automations.
Score: 6 Votes (Like | Disagree)

McTool
How about Siri in other countries?
Our neighbor country has it and we have the same language. That’s a bad .
Score: 5 Votes (Like | Disagree)

sotiredofsoup
For years I have wanted them to make remote audio available so I can mute the TV and plug headphones into my phone to listen. I don't think this will ever happen.
Score: 4 Votes (Like | Disagree)

to see if there's a missed call or unread text on the iphone
Score: 3 Votes (Like | Disagree)
Read All Comments