macOS and Linux video game publisher Feral Interactive today announced its latest port will be Life is Strange: Before the Storm. The prequel adventure game was originally developed by Deck Nine and published by Square Enix on console and Windows PC beginning in August 2017, and will now hit Mac and Linux computers in the spring. 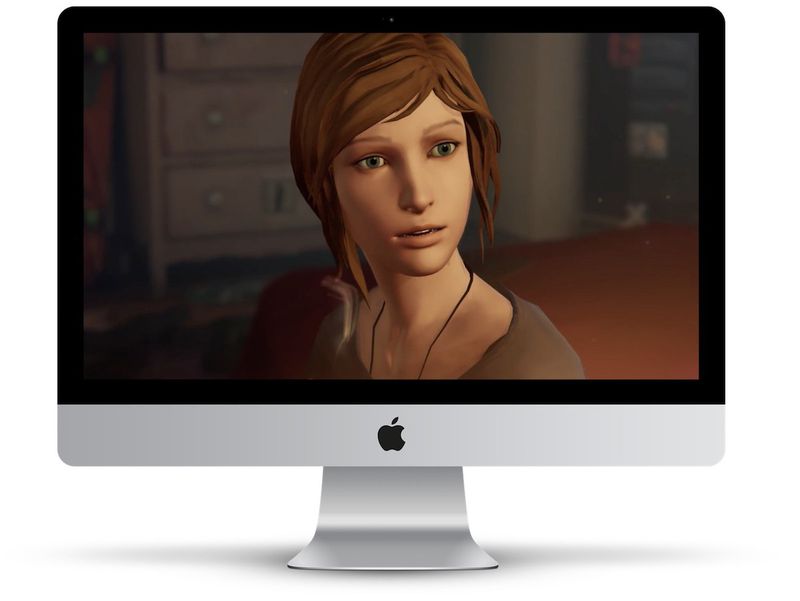 Life is Strange: Before the Storm takes place three years before the original Life is Strange, and lets players control sixteen-year-old Chloe Price. The prequel unfolds over the course of three episodes (and one bonus episode), centering on Chloe's relationship with schoolmate Rachel Amber in gameplay that mainly focuses on player choice in branching dialog paths.

“With its tough yet vulnerable protagonist, Life is Strange: Before the Storm is a poignant evocation of teenage life,” said David Stephen, Managing Director of Feral Interactive. “The atmospheric soundtrack, sharp writing and captivating story combine to create an engrossing and moving game, and we very are excited for macOS and Linux players to experience it.”

As usual, Feral Interactive didn't confirm pricing or system requirements in this initial announcement, but more information will come out closer to release. The company did state that if players want access to the bonus episode "Farewell," they'll have to opt for a "Deluxe Edition" version of the game -- which is said to come with other additional content as well.


The original Life is Strange launched on macOS in the summer of 2016 and on iOS in December 2017. On iPhone and iPad, Life is Strange was one of the first games to use the App Store's pre-order feature.

Hurray, we now can enjoy PS2 level graphics in a 2018 release


The graphics aren't crazy realistic but I hear the game is really good though
Rating: 2 Votes

If this is coming to Linux and macOS simultaneously, then it’s likely being ported to a Vulkan renderer with SDL or similar layer. If my speculation is true, then a Nintendo Switch port would be pretty easy. Now whether they’d actually do it is a different question.

I don't know too much about how they did it, but I was able to find out that this game uses the Unity engine, which supports Vulkan.
Rating: 2 Votes

gplusplus
If this is coming to Linux and macOS simultaneously, then it’s likely being ported to a Vulkan renderer with SDL or similar layer. If my speculation is true, then a Nintendo Switch port would be pretty easy. Now whether they’d actually do it is a different question.
Rating: 1 Votes

Hurray, we now can enjoy PS2 level graphics in a 2018 release


If you know anything about “Life is strange”, it’s strictly about the role as a player in this game and graphics are NOT an important consideration, however; The plot is priority and tells a story.
Rating: 1 Votes

I wish someone restored the Gabriel Knight graphics with state of the art tech and release the game without touching the controls.

They literally did that already.

berrymetal
Next thing iPhone and iPad, and still no Switch release
Rating: 1 Votes
[ Read All Comments ]