Apple today seeded the fourth beta of an upcoming tvOS 11.3 update to developers for testing purposes, two weeks after seeding the third beta and two weeks after releasing the tvOS 11.2.6 update.

Designed for the fourth and fifth-generation Apple TV models, the tvOS 11.3 developer beta can be downloaded onto the Apple TV via a profile that's installed using Xcode and Apple Configurator. 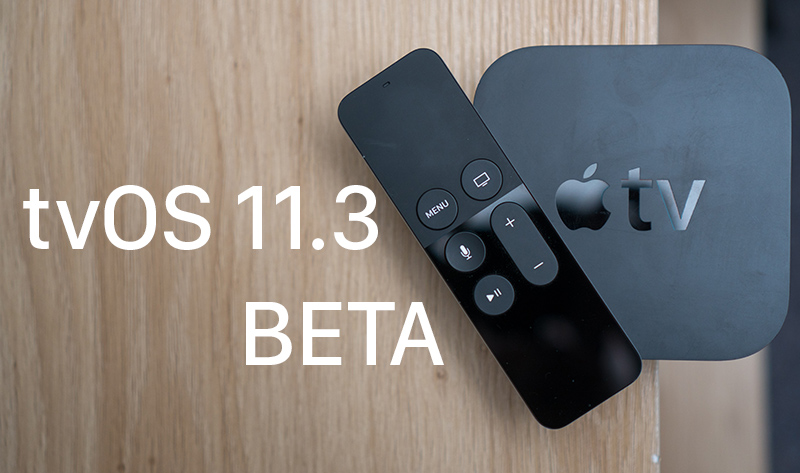 Early tvOS 11.3 updates introduced support for AirPlay 2, allowing the Apple TV to be added to the Home app as part of a HomeKit setup and enabling multiple Apple TVs in separate rooms to play the same song, but that functionality was removed in tvOS 11.3 beta 3.

It is not yet clear if Apple plans to re-add AirPlay 2 features ahead of the release of tvOS 11.3, but it's a possibility because there are still several betas to go.

Other new features in tvOS 11.3 include enhancements to Match Content support, automatic frame rate switching on the fourth-generation Apple TV (a feature that was added to Apple TV 4K in a past tvOS update), and automatic mode switching for AirPlay video sessions.

Mufasa804
Any chance the audio delay issue is fixed on this beta? It's been driving me nuts when watching movies.
Rating: 3 Votes

Any chance the audio delay issue is fixed on this beta? It's been driving me nuts when watching movies.


I was having serious audio sync issues between my new Apple TV 4K, new LG OLED TV, and new Denon AVR. After updating the firmware on my TV to the latest version and updating to tvOS 11.3 beta 3 my audio sync issues seem to be solved (other than the Amazon Prime Video App which still has issues).

Not sure if it will help in your situation, but here is a thread I started on another forum discussing the issue and potential solutions: A/V Sync Issues with LG OLED, Denon AVR, Apple TV 4K ('http://www.avsforum.com/forum/40-oled-technology-flat-panels-general/2960020-v-sync-issues-lg-oled-denon-avr-apple-tv-4k.html')

I spent the better part of 2 weeks trying to iron out all these issues and now that it is working (for the most part) I'm reluctant to update anything. I'll probably skip beta 4 as a result.
Rating: 3 Votes

(All different apps, not just what ESPN does)